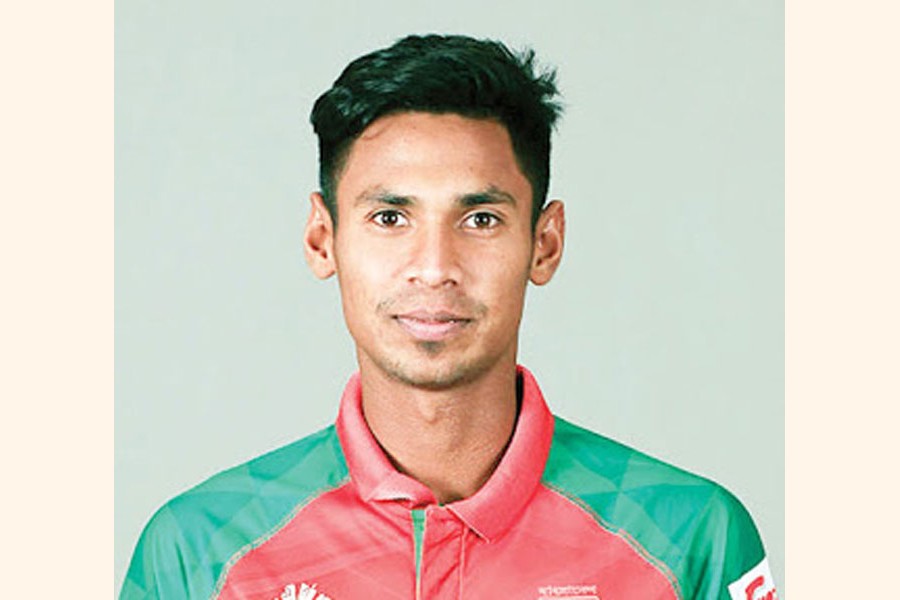 Bangladesh left-arm pacer Mustafizur Rahman on Tuesday said he will always prefer playing for the national team over anything if the board selects him, reports UNB.

Before leaving Dhaka for New Zealand, Mustafizur talked to the media at the BCB National Academy.

"National duty comes first for me," Mustafizur told the media. "If BCB selects me for Sri Lanka Tests, I must take part in that series, but if they overlook me, they know better."

Earlier this week, Bangladesh allrounder Shakib Al Hasan had asked to not consider him for Sri Lanka Tests as he is more eager to play the Indian Premier League (IPL) for his Kolkata Knight Riders.

The Sri Lanka Test series and the IPL are likely to take place at the same time. To avoid a conflict, Shakib asked BCB to allow him to skip Sri Lanka Tests, and BCB responded in his favour saying.

Mustafizur Rahman will also play this IPL for Rajasthan Royals- the team who had roped him in in the last IPL as well, but due to national duty, BCB didn't allow him a NOC. But this time around, Mustafizur might be given NOC to play IPL.

"I will play IPL only if BCB allows me," Mustafizur added. "If BCB doesn't allow me to play IPL, I'm okay with that. I'm not taking any extra pressure to play IPL."

Mustafizur got inducted into IPL in 2016 when he represented Sunrisers Hyderabad and bagged 16 wickets to guide the Sunrisers to their maiden title. He played for them another season but failed to impress.

After a one-year gap, he played for Mumbai Indians as well. He played a total of 24 matches in IPL and scalped as many as wickets.