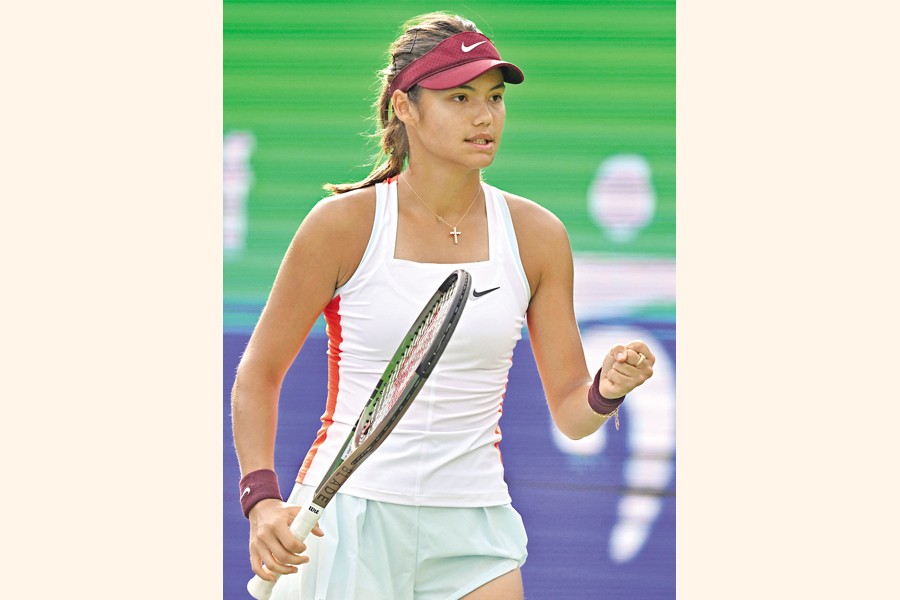 SEOUL, Sept 22 (AFP): Emma Raducanu enjoyed support from the Korea Open crowd on the way to a straight-sets win over 396th-ranked Yanina Wickmayer and a place in the quarter-finals on Thursday.

Raducanu, who crashed out of the US Open in the first round last month as her title defence fell flat, overcame some late resistance to beat the experienced Belgian 6-3, 7-5 in Seoul.

The 19-year-old Briton said that her serving, including nine aces, formed the backbone of victory and she next faces third seed Magda Linette of Poland.

"I think that serving big and serving well and a lot of aces, especially in the second set, helped me get off to a pretty good lead, 4-1 up, which gave me bit of a cushion because Yanina started fighting back" said the sixth seed.