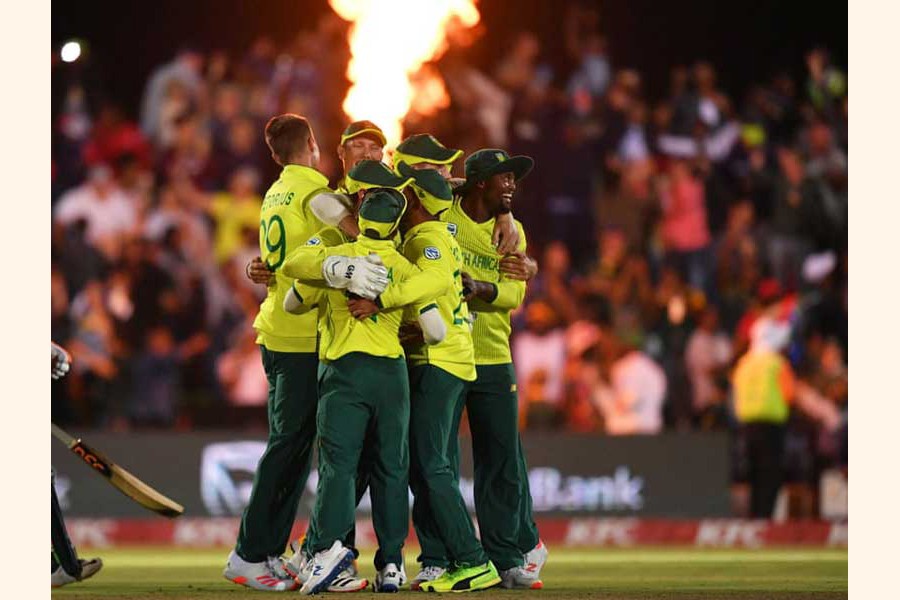 Jason Roy and captain Eoin Morgan hit half-centuries for England and they looked well on the way to chasing down South Africa's total of 177 for eight.

But the match changed dramatically in the last three overs as England lost six wickets for 24 runs to finish on 176 for nine.

"You run in as hard as you can and hit your length”, said Ngidi.