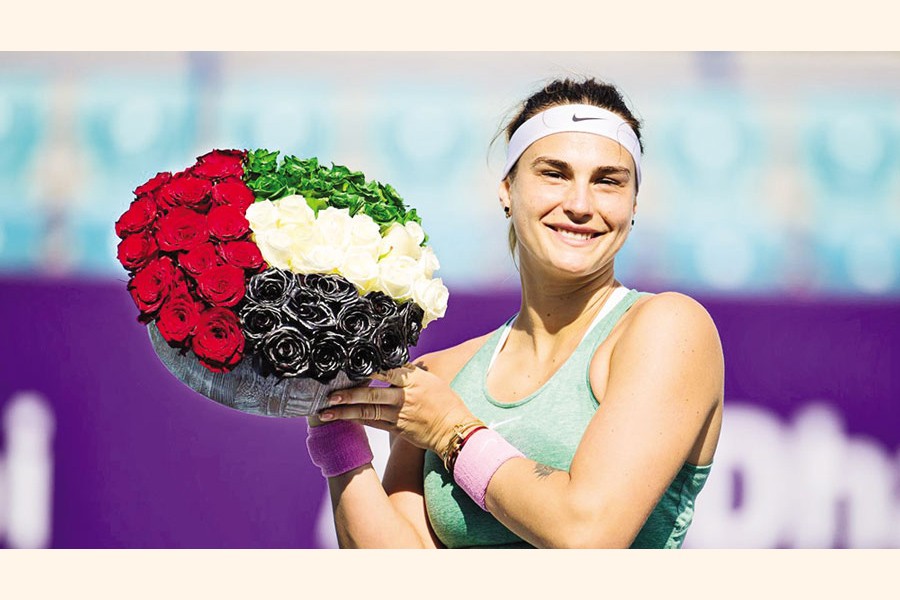 ABU DHABI, Jan 13 (AFP): Aryna Sabalenka heads to next month's Australian Open brimming with confidence after she captured a third consecutive title by outclassing Veronika Kudermetova 6-2, 6-2 in the Abu Dhabi final on Wednesday to extend her winning streak to 15 straight matches.

The 22-year-old from Belarus is the in-form player at the moment on the WTA tour and will be looking to translate her success from the smaller events into the majors, where she has yet to make it past the fourth round.

Sabalenka added a ninth singles trophy to her collection and will rise to a career-high number seven in the world when the new rankings are released next week.

"I came here to play some matches after one month of just preparation. I played six matches and it's really important," Sabalenka said.