Domingo apprehensive about playing a '50-60 per cent fit' Shakib 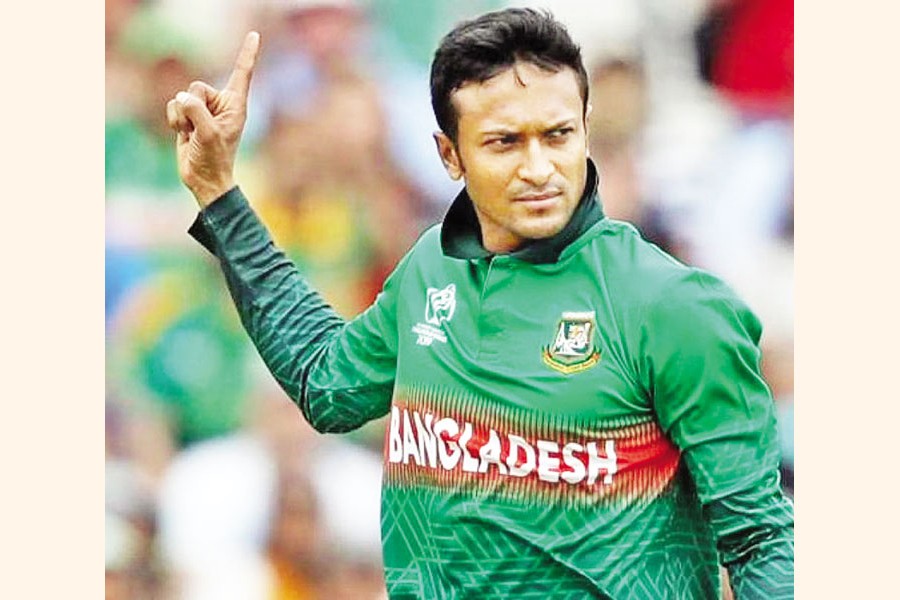 Bangladesh head coach Russell Domingo said on Friday that it will be hard to consider fifty-sixty per cent fit Shakib al Hasan in the two-match series opener against Sri Lanka, according to Cricbuzz.

Shakib, who was ruled out of the opening Test due to COVID-19, is back into consideration for the series opener after he tested negative on May 12.

Shakib is expected to join the team and will take part in the training with his team mates to see how he fares in the middle while he will also undergo further medical and fitness tests before a decision is made.

"Coming straight into a Test match, we need to check his fitness and assess where he is. He has just come off COVID, and he hasn't played much cricket. He's obviously a big player for us, balances the team. But we need to see how he is tomorrow. He hasn't batted or bowled for the last two or three weeks. It is five days of cricket. It is hot. There are all sorts of things to consider," Domingo told reporters at the Zahur Ahmed Chowdhury Stadium on Friday.

"I have had COVID badly, so the energy is not quite the same. You can't go into straightaway. It is not a T20 or ODI which is done in six or seven overs. It is going to happen for over five days. Of course we want him to play, he is one of the best cricketers that's ever played. But we need to make sure that he gives himself the best chance to perform, and fulfill his role. Bowl at least 15 overs a day, bat for three or four overs in the top-six.

"Anybody would want a fully fit Shakib in your best XI. It is very difficult to play if he is 50-60 per cent fit," he added.

Domingo said that he is confident that his bowling unit can take 20 wickets but added that they need to have bowling options in order to achieve that. The absence of Mehedy Hasan due to injury is a setback to the hosts, and there is a possibility that they might opt for Mossadek Hossain given he can to bowl a few overs.

"I think we need to consider someone who can bowl. Yasir has played some really good innings for us, but we need to find someone who can bowl 10-15 overs. I am not sure if Mominul is confident of bowling 10-15 overs. Shanto is not quite there to bowl 6-7 overs a day. Teams that have got that guy who can bat at No 6/7 and bowl 10/15 overs a day, they are more balanced. We need to find that person when Shakib is not there. When he is there, easy. But he has not been there much," said Domingo.

"He (Mossadek) is definitely in consideration to play if Shakib is not playing. I just told the bowlers this morning that we got 36 wickets in two Tests in South Africa. I don't think Bangladesh has got that many wickets (in a series). We are confident that we can take 20 wickets. We need to have five bowling options. We have been short in that particular department when Shakib doesn't play. Someone who can bowl those 12-13 overs a day, which is so important."

Domingo added that the batting unit must make sure they take full advantage of playing on the most batting-friendly surface of the country. "I definitely think we have the ability to beat any side if we play really well for the full five days. Not for four days.

"It is all about sticking to a game plan. I think the important thing is to try to get singles to get off strike. Whether that means we are using the paddle, using your feet or going deep in the crease. Maybe we are just blocking and looking for the four-ball a bit much.

"When we have a bad session, we have a really bad session. If we lose one or two wickets, we can't lose five. It is something we are trying to address all the time. We are trying to stay calm in the dressing room, so that the batsmen stop the rot," he said.