Shakib not thinking of cutting down on any format yet 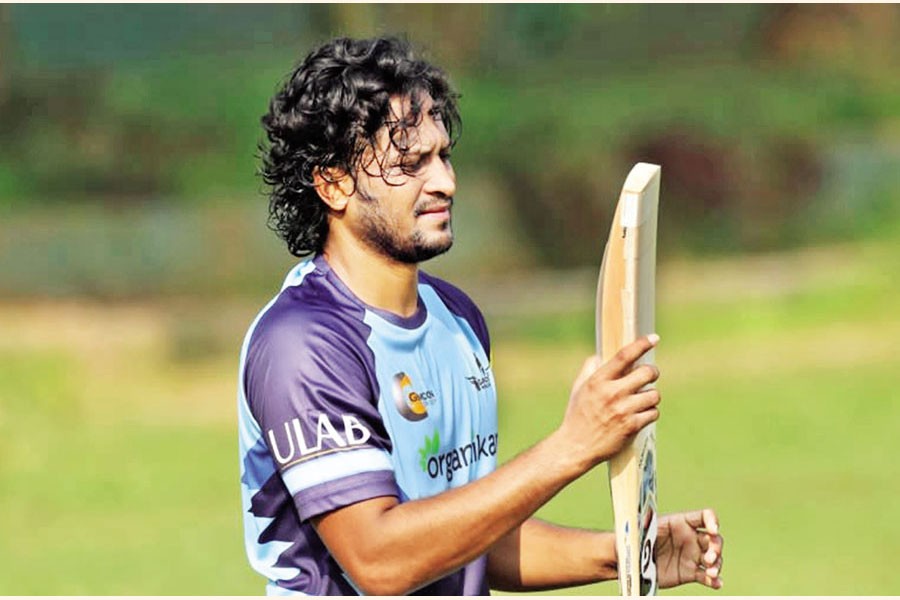 DUBAI, Nov 24: The news of Shakib Al Hasan missing out on the upcoming two-Test series against a buoyant Pakistan at home will come as a major disappointment for the Bangladesh fans - and the allrounder himself looked desperate to come out of this phase, reports Dubai's daily English language newspaper Gulf News.

Bangladesh had an extremely poor outing in the recent T20 World Cup in the UAE, failing to win a single of their five Super-12 games and to compound their woes, their talismanic allrounder sustained a hamstring injury against the West Indies and had to pull out midway in the tournament.

A number of niggles over the last three to four years had often held back Shakib, one of the finest allrounders across formats in this generation, from being close to the form which made him No.1 ranked allrounder in ICC rankings.

"Yes, a number of injuries had bogged me down over the last few years though my hunger for the game still remains the same. The hamstring one is new but I am almost on the road to recovery. We will do a MRI on going back to Bangladesh and then sit down with the management as to when I can get back to competitive cricket," Shakib told Gulf News in an exclusive interview during a recent stopover in Dubai.

Now 34 years, Shakib had been as the epitome of a smart cricketer for Bangladesh ever since he broke into international cricket as an youngster 14 years back - with his combination of aggressive left-handed batting, tight left-arm spin and a strong throwing arm.

While a major ICC trophy may have eluded his cabinet and the Asia Cup trophy had been a case of so-near-yet-so-far, he had been the architect of several high points of Bangladesh's cricket over the last decade and more.

In late 2014, Shakib joined the elite club of Imran Khan and Ian Botham to become only the third player in history to have scored a hundred and taken 10 wickets in the same Test - the feat coming against Zimbabwe. Then about two years back, he was in an unstoppable form with the bat in the 2019 World Cup in England - becoming the first cricketer in history to score 400-plus runs and take 10 wickets in a 50-overs World Cup. Shakib's aggregate of 606 runs from eight innings made him the third highest scorer in the tournament after Rohit Sharma and David Warner.

As someone who wears such achievement lightly on his sleeves, Shakib seemed more concerned about his workload management for the moment.

"It seems that like in the past, I cannot be playing non-stop cricket like before at my age - I will discuss this with the coach, physio to find a way. Right now, I am not thinking of cutting down on any format but may be, a decision on those lines have to be taken," he said.

The question of his generation - which produced a fine crop of cricketers like Tamim Iqbal, Mushfiqur Rahim, Mamudullah or Soumya Sarkar along with Shakib - failing to win a major trophy came up but Shakib's reply was a pragmatic one.

"Yes, it's often discussed but there is nothing much that can be done about it. It seems there is a transition period round the corner for our cricket and our job will be to handle it without hampering the results of the match. We are in right direction overall, and may be some small adjustments are needed," he observed.

Shakib's position in contemporary cricket is an unique one, given the fact there is a shortage of world class allrounders in the business - but there is often a perception that his appraisal has not been done in the right perspective.

"I have never thought about playing for recognition when I took up the game as a village kid. To be honest, I have never bothered about it and hence have no regrets so far," he said.