SL to host series for first time since outbreak of coronavirus 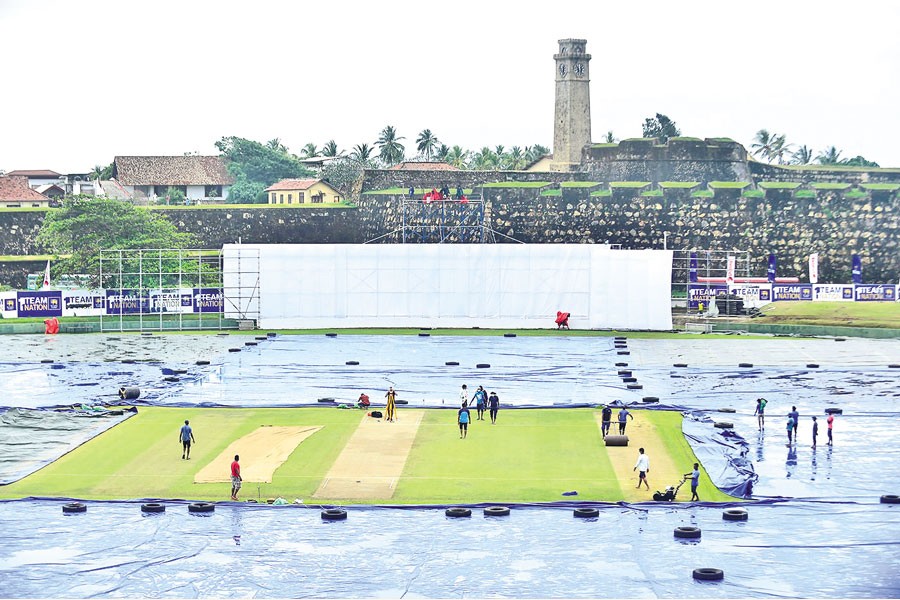 GALLE, Sri Lanka, Jan 13 (Agencies): Sri Lanka's cricketers will host a Test series for the first time since the outbreak of the coronavirus 10 months ago when the team takes on England in the first match starting Thursday.

Sri Lanka has played just two tests during the pandemic and both were away - in South Africa around the turn of the year - while England hosted West Indies and Pakistan with the players confined to bio-secure bubbles.

The pandemic is still hitting athletes around the world, with England allrounder Moeen Ali missing the first test having tested positive for the coronavirus upon arrival in Sri Lanka.

Adhering to Covid-19 protocols, like the ban on using saliva to shine the ball and how much contact the players can have on the field, is essential.

Elbow touches and fist bumps are encouraged but England captain Joe Root suggested his side would show restraint.

"I'm sure the medical staff will make sure the protocols are kept in place and that if there is anything that needs to be discussed before the game starts, then we are made very well aware of it," he said.

"We'll do as best we can to make sure we adhere to that."

A Unesco-heritage Dutch fort in the backdrop of the stadium in Galle stands out at one of the most picturesque venues in the world. But the stadium, packed with England's group of 'Barmy Army' fans when it toured here in 2018, will this time be empty.

England has not played a Test since August and will not be as battle-hardened as the Sri Lankans, who are coming off a two-test series against South Africa -- albeit one they lost 2-0.

It is the start of a busy schedule on the subcontinent for Root's side, which will head to India at the end of the month for a tour containing four tests.

Sri Lanka will be a good challenge for the spinners -- so crucial on the subcontinent - and Dom Bess is set for a major role this month, especially as Moeen will be sidelined in Galle.

Sri Lanka will be encouraged after batsman Angelo Mathews and paceman Nuwan Pradeep joined the squad. Dhananjaya de Silva (torn thigh) and Kasun Rajitha (groin) were ruled out of the series due to injuries they sustained in South Africa.

Meanwhile, dark clouds and the threat of rain caused doubts for England captain Joe Root in choosing his side for the opening Test.

The southern coastal city of Galle has seen several days of wet weather and more is predicted for the first of the two Tests, leaving the tourists wondering whether to use more pace on the usually spin friendly wicket.

"We have to consider conditions again, we've had quite a lot of rain over the last 24 hours, so we'll have another look at the wicket and make sure we're really clear on the XI we want to go into the game with," Root told reporters on Wednesday.

England are resuming a Sri Lankan tour that was aborted in March as the coronavirus pandemic fallout spread.