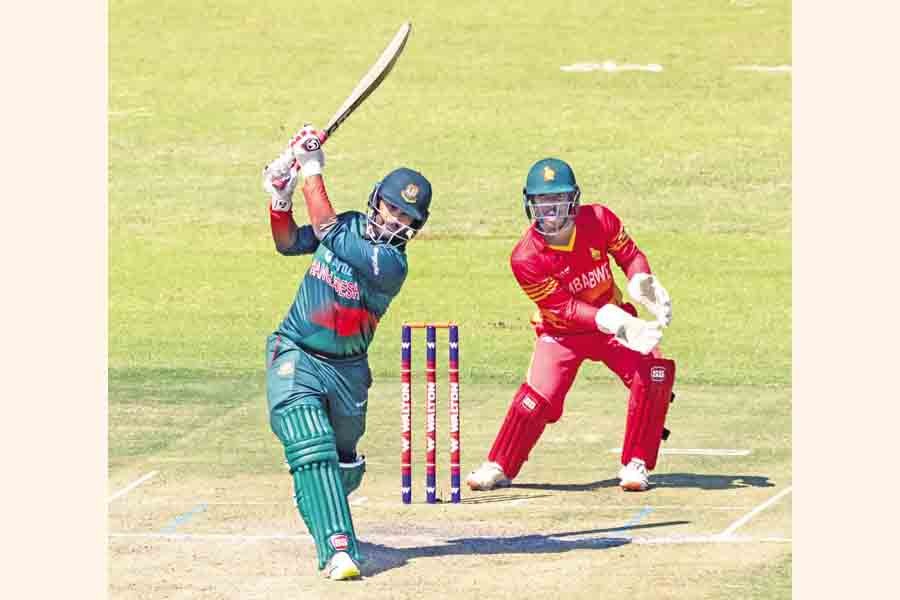 Opener Tamim Iqbal became the first Bangladeshi batter to reach the milestone of 8000 runs following his 62 runs against Zimbabwe in the opening game of the three-match ODI series on Friday at Harare Sports Club.

The ODI captain needed just 57 runs to achieve the feat as he arrived in the crease to open the innings for Bangladesh with 7943 runs under his belt. He got the feat during the 24th over of the innings, hitting Sikandar Raza a boundary, reports BSS.

Tamim, however, is the 33rd cricketer in the world to enter into the 8000 club in ODI cricket. He is, however, the 11th left-hand batter to achieve this feat. Apart from that as an opener, he is the ninth and sixth as left-hand opener to the 8000 club.

Currently, he has 8005 runs under his belt in 226 innings of 228 matches. He hit 14 centuries and 54 half-centuries in the process with the highest of 158 that came against Zimbabwe. He remained not out 11 times in 228 matches and currently averaging 36.94 in ODI cricket.

Habibul Bashar Sumon was the first Bangladeshi batter to reach 1000 and 200 runs. Mohammad Ashraful was the first one to get 3000 runs and then Shakib Al Hasan opened 4000 runs club. The next was the story of Tamim as he opened 5000 to 8000 runs club as of now.