Taskin keen to do well in West Indies 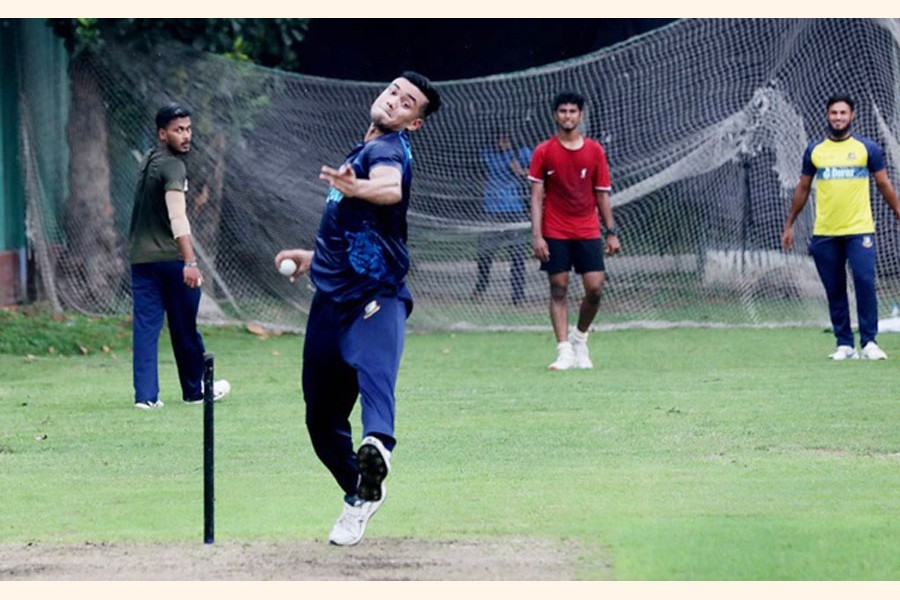 Taskin Ahmed during a training session at the Sher-e-Bangla National Cricket Stadium in the city on Wednesday — bdnews24.com

Bangladesh speedster Taskin Ahmed is all set to make a comeback to international cricket after a hiatus posed by injury, reports UNB.

The pacer said he is eager to do well in the limited-over series in the West Indies.

Bangladesh team is currently busy playing a two-match Test series against the Carribbeans at their home backyard. Bangladesh lost the first Test, and the second Test will be played from tomorrow (Friday).

After that, both the teams will take on each other in a three-match ODI and three-match T20 series.

Taskin will take part in both of those series. He wasn't able to play Tests due to injury. On Wednesday, Taskin took part in a fitness test at the Sher-e-Bangla National Cricket Stadium.

"Everything went well- doctor is satisfied as I've recovered, I'm also satisfied with the fitness test," Taskin told the reporters on Wednesday. "Now I have to play well in the field. I'm really eager to do well."

The pacer is set to take a flight to the West Indies tomorrow. "I bowled with my 100 per cent effort," Taskin said. "I felt very well”.