Tigers want to bounce back in 2nd Test today

The match will start at 8 pm BST 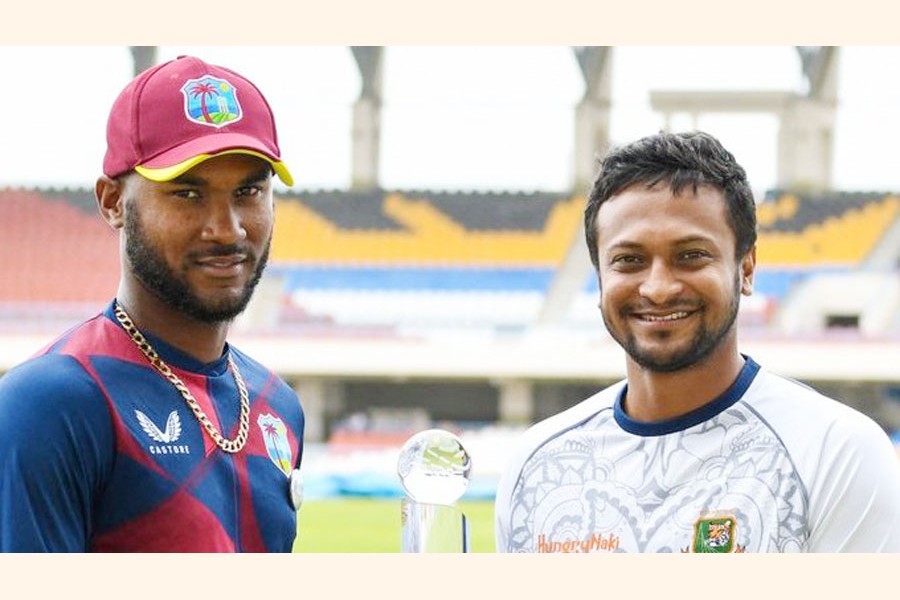 The match will start at 8 pm as per Bangladesh Time and will be aired live on T Sports.

Batters failed to impress Antigua when they suffered six ducks in the first innings of the match, and they also couldn't come back in the second innings.

Shakib Al Hasan, the newly-appointed captain of the Bangladesh Test team, hit a fifty in each innings, but the other batters failed to accompany him.

After the first match, Shakib said that the batters should come up to end their continued Test debacle.

Kemar Roach, the premium pacer of the hosts, has taken five wickets in the second innings of Bangladesh in the first match. The Tigers need to do well against him in order to bring a positive result.

The Tigers might bring some changes in the second match. Mominul Haque, the left-handed batter, has been failing to do well for a long time. In his last 10 innings, he suffered four ducks and failed to reach even a single two-digit total. The former captain of Bangladesh might lose his place in the second match. If the team management gives him another chance to go, Najmul Hossain Shanto might have to pave the way for Anamul Haque Bijoy who has been added to the squad for the second Test. Shanto has also been going through a bad patch for a long time. Despite having some good starts to the innings, he has been failing to convert those innings to the big totals.

Along with Anamul, Shoriful Islam, the left-arm pacer, might get a chance in the second Test. The pacer was part of Bangladesh's limited-overs teams. But he is now added to the Test squad as well.

In the first match, Bangladesh fielded three pacers- Mustafiuzr Rahman, Khaled Ahmed and Ebadot Hossain. To pave a way for Shorfiul, the team management may rest Ebadot who bagged two wickets in the first match. This series is a part of the ICC World Test Championship. Bangladesh has only one win in this event which came against New Zealand earlier this year.

After the two-match Test series, both teams will lock horns in a three-match ODI and three-match T20 series.