Agrani Bank to pay US$ 2.4b in foreign currencies to finance Padma Bridge 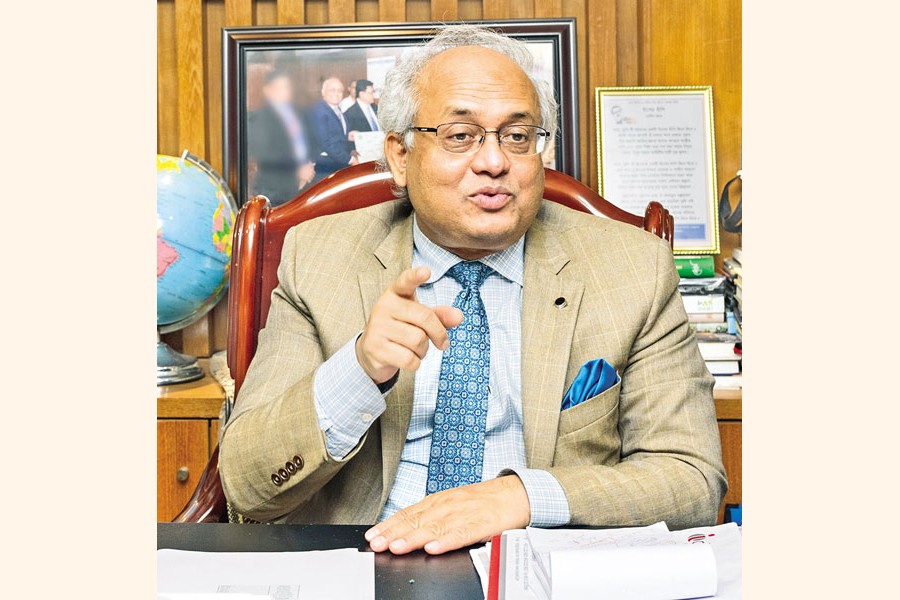 State-owned Agrani Bank will pay US$ 2.4 billion in foreign currencies to the Padma Bridge project.

So far, it has supplied $1.45 billion up to the third week of June amid the ongoing volatility in the country's forex market.

"We will supply more $1.0 billion for the rest of the works including rail links", Mohammed Shams-Ul-Islam, managing director and CEO of Agrani Bank Limited, told the FE.

The CEO said the state-owned bank is the sole supplier of the foreign currency to the Padma bridge from its own coffer. The government pays back Agrani Bank in local currency for the dollars.

The Gulshan branch of the bank has been maintaining an account in the name of Padma Multipurpose Bridge Account since 2013.

"This is our social obligation and we feel proud of this funding…" the CEO went on the greenback disbursements for meeting expenses relating to imports, payment for the foreign workers and other such services.

It came up with the greenbacks from its coffer as it is the number one bank in terms of transacting remittance inflows, export receipts, and import payments.

The CEO said it did not need to buy any foreign currency from the reserve of the central bank to finance the biggest bridge un-hurting the country's foreign exchange reserves.

The Padma Bridge will be inaugurated on Saturday and requires a total of $2.4 billion in foreign currency.

The total cost for the 6.15km bridge is $3.56 billion. Of this, $2.4 billion needs to be paid in foreign currency and the rest in the local currency.

The Padma bridge project is being implemented with the country's own funds after the World Bank and other international lenders canceled financing in 2011 over allegations of corruption, which the government denied.

Allegations against government and project officials were later dismissed by the Anti-Corruption Commission of Bangladesh and a Dhaka court. A Canadian court also found no proof of graft conspiracy involving the project.

The construction of the Padma bridge started in November 2014 to connect the country's 21 south and south-western districts with the capital via road and rail. The first span was installed on September 30, 2017.

The CEO Mr. Islam said that the bank is now on a strong footing as the non-performing loans have dropped significantly.

"The NPL declined to around 15 per cent from 29 per cent. And during the last six years the NPL has dropped to 3.0 per cent".

Mr. Islam said they provide an additional incentive on top of the government-announced incentives leading to making the bank the biggest state-owned bank in terms of the remittances inflow.

"We're now Tk. 1.0 trillion bank club and it mostly because of the remittances inflow", the Agrani Bank CEO said.

On the other hand, many big local conglomerates have joined with the bank as it provides satisfactory services to the private big corporations.

However, the CEO acknowledged the contributions and guidance for achieving the landmark of funding the bridge to former governor Dr. Atiur Rahman, former secretary Mosharrof Hossain, Chairman of the Board of Directors of Agrani Bank Dr. Zaid Bakht, and project director of the Padma Multipurpose Bridge Mr. Shafiqul Islam.