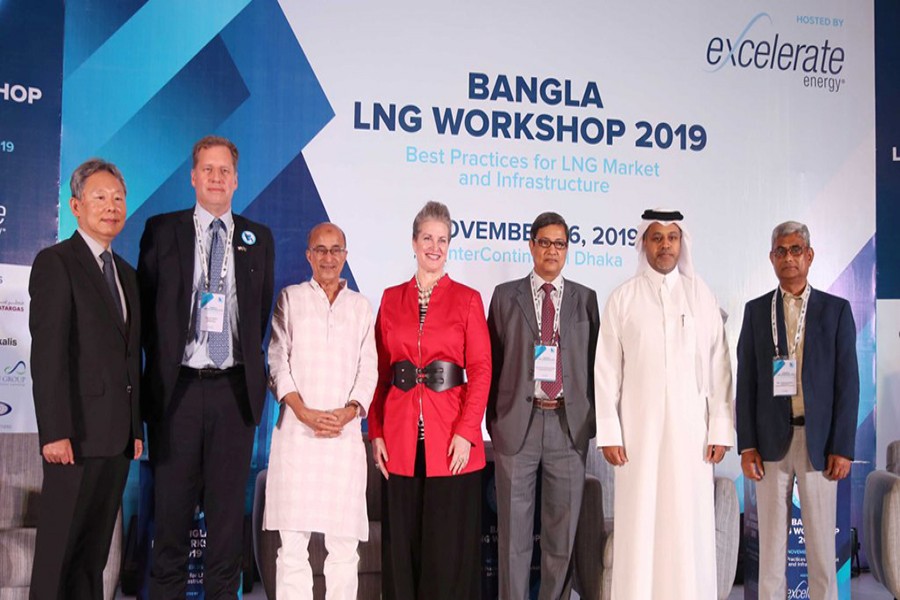 Bangladesh received more than one per cent of total global LNG production in the first 12 months after entering the LNG import marketplace as the 39th country in 2018, said a statement.

This was revealed at a workshop organised by Excelerate Energy L.P. (Excelerate), an US-based LNG company in the city on Thursday where over 120 industry leaders from the public and private sector discussed the pertinent topics surrounding the global LNG industry and gas markets of Bangladesh.

The workshop titled 'Bangla LNG Workshop 2019- Best Practices for LNG Market and Infrastructure' focused on the critical role of LNG along with new natural gas infrastructure over Bangladesh's growing economy and its ever-rising demand for energy.

In its first year of LNG imports, Bangladesh has successfully delivered 60 cargoes (equivalent to 3.6 million tons of LNG) imported from eight countries, providing over 180 million MMBtu of gas into the Chattogram region of the country.

LNG imports represent a 15 per cent uplift in gas supply for the country, allowing for several power plants, fertiliser factories, and industries that had previously been shut down due to a lack of feedstock, resume production.

Mr Chowdhury expressed his satisfaction over consistent supply of the LNG to Bangladesh market to meet growing domestic demand of gas.

Commenting on the first year of importing LNG, he said, "Sometimes, if you want to make fast progress, gut and intuition must work. And those things make a difference in terms of speed," he said and added that Excelerate has done a great job in a short period of time by keeping the LNG supply chain vibrant.