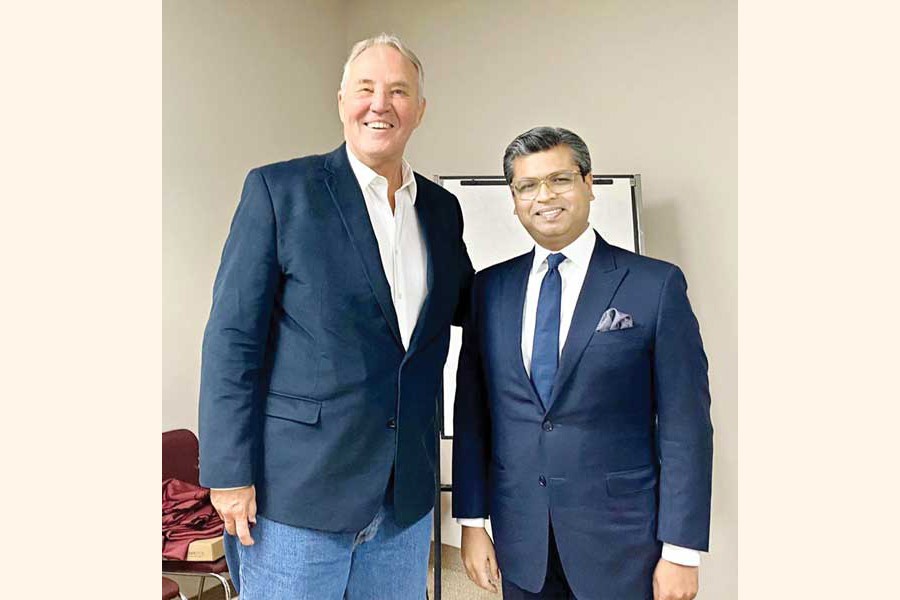 Canadian Minister for Public Safety and Emergency Preparedness Bill Blair said Canada is ready to stand by Bangladesh with support for any emergency needs to deal with coronavirus, during a meeting with FBCCI President Sheikh Fazle Fahim, according to a statement.

The meeting was held on Wednesday at the Ministry of Public Safety and Emergency Preparedness in Toronto amid global concern over the outbreak of the virus in China and elsewhere.

Despite no reported case of any infection in Bangladesh, the FBCCI President said Bangladesh was closely monitoring the situation and was prepared to handle any emergency situation of the flu-like virus, officially dubbed COVID-19.

He said, Canada and Bangladesh could build a partnership for quick response, if needed, to deal with the deadly virus that has killed more than 1300 people and infected over 45,000 people worldwide.

Mr. Blair said his country would extend its support to Bangladesh, which has a close trade relation with China.

The FBCCI President is currently visiting Canada to meet with government officials and the authorities of universities and other educational institutions.

They discussed how the FBCCI initiatives can work together with Canadian institutions to ensure skill and technology education fit for Bangladeshi businesses as the country under the leadership of Prime Minister Sheikh Hasina is moving forward for faster economy growth.

The issue of the celebration of 100 years of birth anniversary of Father of the Nation, Bangabandhu Sheikh Mujibur Rahman, came up in the meeting. Mr. Blair was also optimistic about the FBBCI Institute, which has made the University of Toronto its key knowledge partner.

Mr. Fahim said the FBCCI would continue to explore potentials for more cooperation with Canadian institutions and business associations. Mr. Blair pledged to extend his allout support to the FBCCI.

The FBCCI has established an institute for Technical Vocation Education and Training to create skilled manpower who can contribute toward the country's goal for making Bangladesh a developed nation by 2041.