Merger of weak banks a must, CBBL MD tells FE 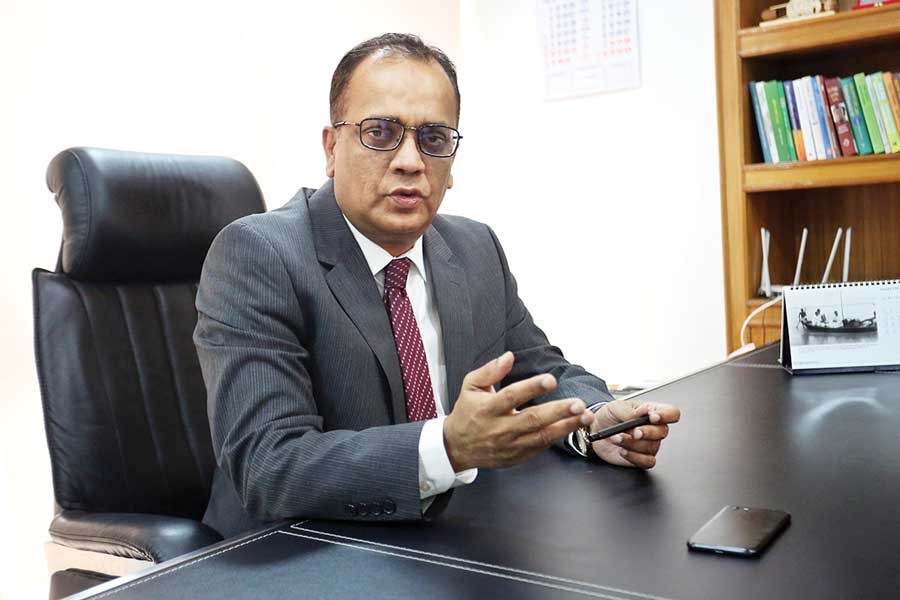 Community Bank Bangladesh Limited (CBBL) is set to reach out to teeming millions across the country with innovative banking product and services, the bank's top executive has said.

As part of the strategy, the new generation private commercial bank (PCB) has already taken initiatives to work with different communities like tea workers in Sylhet and fishermen in Chandpur.

"Community Bank is for people, not only for the police community," Masihul Huq Chowdhury, Managing Director (MD) and Chief Executive Officer (CEO) of the newly-established bank disclosed while explaining the bank's core objective in an exclusive interview with the Financial Express (FE) recently.

The Community Bank, owned by Bangladesh Police Welfare Trust, started its operations in September of last year with a vision to serve communities with the tailor-made solutions in compliance with the latest rules of corporate governance.

As part of expansion plan, the PCB is now working to set up 12 more branches in different parts of the country by first-half of this current calendar year to bring unbanked people into the formal banking network.

"We've already received approval from the central bank to establish the new branches," Mr. Chowdhury, a 26-year experienced banker, said while replying to a query.

Currently, the bank is providing its services through six branches along with 100 ATM (Automated Teller Machine) booths in different district headquarters of the country. The bank has already set up service delivery booth in 64 districts at close proximity of the police establishments.

The Community Bank will try to attract micro-savings with offering incentive through the sub-branches, he added.

Besides, the Bank has already developed a Mobile Application - Community Cash -that is now being used by 30,000 customers on trial basis.

The CEO expects that the App will be launched formally within the next month to provide better services to its clients using such modern technology.

"Most of the banks are still facing a tough competition for collecting deposits particularly from corporate entities," Mr. Chowdhury said while replying to a query.

The senior banker also said it is not a level playing field that has created an uneven competition among the banks.

The CEO also raised question on the benefit from the proposed single-digit interest rate on both lending and deposit without handling the serious crisis of non-performing loans (NPLs) strictly.

"The volume of classified loans in the country's banking sector will have to be reduced immediately through ensuring good governance along with legal reforms," he noted.

The leading private banker also said loan write-off is not a solution for improving the NPLs situation.

The use of financial technology (FinTech) will also help improving the good governance in the banking sector, he added.

FinTech is the new technology and innovation that aims to compete with traditional financial methods in the delivery of financial services.

When asked about public observation that the number of banks is more than what the economy needs, he replied in the negative, saying that more than 70 per cent people are still out of banking network.

Community Bank is the 59th scheduled bank of Bangladesh and it obtained license from the central bank on November 1, 2018.

Prime Minister Sheikh Hasina inaugurated the commercial operations of Community Bank on September 11, 2019. It runs businesses with a motto - 'Trust, Security, and Progress' - for achieving the sustainable goals.