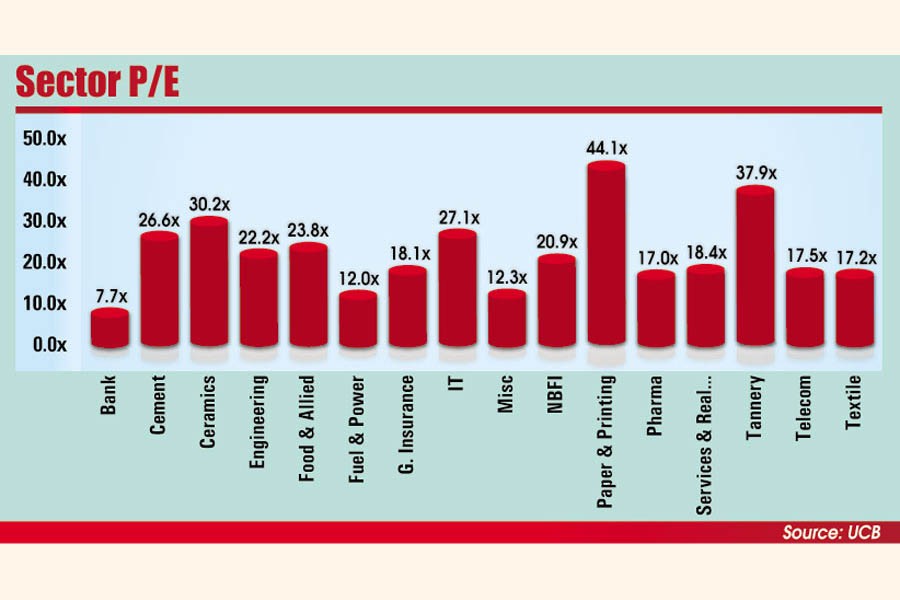 Turnover stood at Tk 12.08 billion on the country's premier bourse, up by 24 per cent over previous day's tally of Tk 9.72 billion.

It was the highest single-day transaction since February 16, 2022, when turnover totaled Tk 12.13 billion, as the participation of investors increased in the market after the Eid break.

Along with rising turnover, DSEX, the key index of the DSE, went up by 28.66 points or 0.42 per cent to settle at 6,698. The core index added 55 points in the past two consecutive sessions.

The stock market regulator and bourses have already proposed a number of market supportive measures in the budget, including further cut of corporate tax rate and widening the tax gap between listed and non-listed companies.

"The investors hoped that there would be some incentives for listed companies, including tax break, which attracted investors," said the stockbroker.

The capital market maintained a firm position in green territory as increased participation of the investor added strength to the upward momentum of the market, according to EBL Securities.

"The spontaneous participation of investors has triggered market confidence and optimistic investors exhibited fresh buying on sector-specific issues based on the latest earning disclosures," said the stockbroker.

According to International Leasing Securities, the institutional fund flows to the market created a bullish vibe among the investors that caused the increase of investors' participation significantly.

Most sectors witnessed gain with the ceramic sector posting the highest gain of 5.80 per cent backed by Shinepukur Ceramics which gained 9.94 per cent alone.

Of the 380 issues traded, 242 advanced, 77 declined and 61 remained unchanged on the DSE trading floor.

ACI Formulations was the top gainer, posting a 9.99 per cent rise while Imam Button was the worst loser, losing 4.92 per cent.

The Chittagong Stock Exchange (CSE) also kept rising with the CSE All Share Price Index - CASPI -gaining 44 points to settle at 19,639 and the Selective Categories Index - CSCX - advancing 26 points to close at 11,783.

Of the issues traded, 178 advanced, 92 declined, and 32 issues remained unchanged on the CSE.