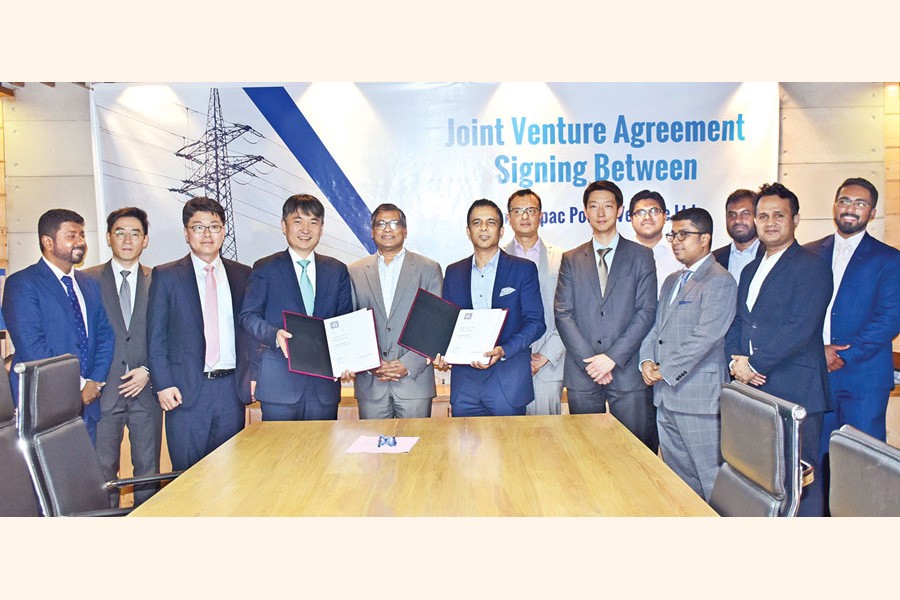 The agreement, signed recently in the capital, will facilitate building and operating portfolio of several power projects and enhance the capacity of Energypac adding in further excellence in power plant engineering and construction in Bangladesh, said a statement.

UAE-based EMA Power Investment Ltd. is a joint venture between South Korean giant Daelim Energy and the IDB Infrastructure Fund II managed by ASMA Capital. EMA Power serves as an investment platform focusing on Independent Power Market in Bangladesh. As part of the joint-venture, Daelim Energy will invest USD 16 million in capital through EMA Power for this joint venture partnership of 49 per cent stake with Energypac for implementing 115MW HFO-fired power plant at Thakurgaon. Successful implementation of the project will be a milestone for the growth of the northern part of Bangladesh

Furthermore, EPC (Engineering, Procurement & Construction) will also be undertaken by local talent from Energypac Power Generation Ltd. (EPGL), under the supervision of Daelim Industrial, another leading Global EPC Contractor that has completed projects in over 40 countries. This will bring a multiplier effect on technology transfer and employment generation.

About the agreement, Humayun Rashid, Chairman of EVPL, said, "Incessant supply of power and energy is the prerequisite for the progress of an economy. The importance of energy is even more supplementary in the context of Bangladesh, an emerging economy that has been experiencing rapid growth but also has been experiencing a prolonged period of the energy crisis. So, we are pleased to sign this agreement to develop more power projects in Bangladesh."

Among others, top officials from Daelim Energy, ASMA Capital, EPVL and EPGL were also present at the ceremony.