Padma Bank vows to bounce back 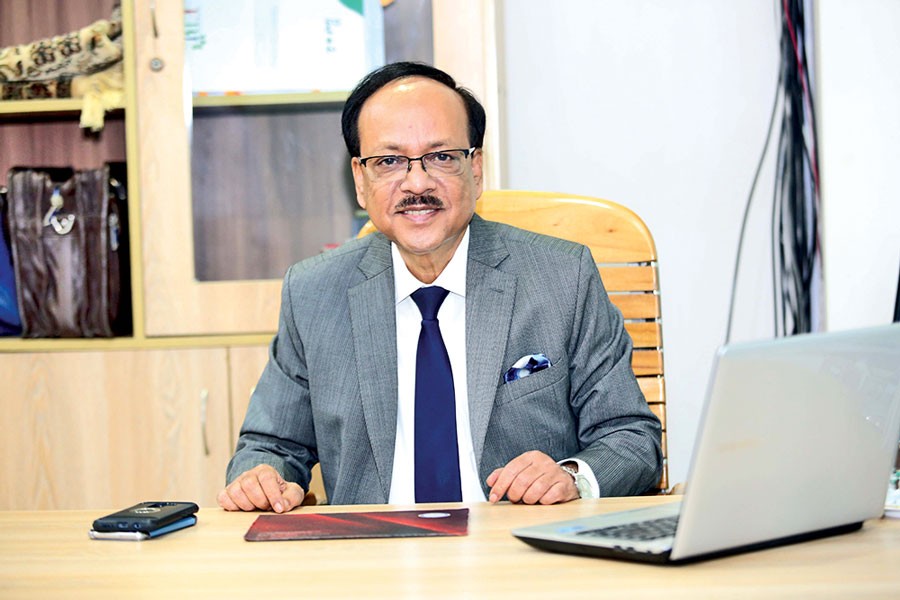 Padma Bank Ltd, formerly Farmers Bank Limited has planned to cut at least 40 per cent classified loans in 2019 as the bank is expediting its loan recovery process.

"We are getting positive responses in our core businesses (deposit and recovery) and hopefully we will resume lending by December-end," M Ehsan Khasru, Managing Director and Chief Executive Officer (CEO) of Padma Bank Ltd told the FE in an interview recently.

"We believe our latest measures will support our ability to sustain our growth while attenuating the previous shocks."

M Ehsan Khasru said the bank is in the process in lockstep with the central bank move to form an asset management company to deal with the growing non-performing loans (NPLs) of banks, as part of its efforts to perk up the ailing sector.

The company will purchase NPLs from banks and sell them off to individuals or corporate entities.

The company would take the NPLs off the banks' hands in exchange for special bonds that would have certain maturity, thus enabling lenders to provision for the bad loans, he said.

A six-member committee of Bangladesh Bank recently came up with the recommendation to form an asset management company after conducting an extensive analysis of seven Southeast Asian countries on how they had brought down their large amounts of NPLs after facing a major recession -- widely known as Asian financial crisis -- between 1997 and 1999.

Each of the seven countries -- Vietnam, South Korea, Indonesia, Malaysia, Thailand, Taiwan and the Philippines -- successfully brought down their classified loans by way of implementing this formula.

For instance, NPLs in Indonesia went up to nearly 50 per cent of its outstanding loans during the financial crisis, but it came down to less than 3.0 per cent in 2017, said the Padma Bank MD.

"That is why we have come up with the idea. This will help the banking industry to keep the NPL at a tolerable level," he added.

Many banks have been failing to maintain the requisite capital and provisioning against bad loans, which are eating up their profits.

The committee also called for the creation of a secondary market for NPL, where people would be allowed to sell and purchase default loans.

A vibrant secondary bond market is essential to facilitate the asset management companies as it will help them float bonds to raise their equity. The companies will use the equity to purchase default loans.

The committee also suggested setting up a separate data warehouse for NPLs under the existing facilities of the Credit Information Bureau (CIB) of the central bank.

Tax rebate facility should be offered to those who will take part in the purchasing and selling process of the default loans.

The bank in recent time has been able to collect Tk 4,800 crore as deposit while recovered Tk 543 crore as loan.

The bank has a total of portfolio of Tk 5,200 crore as unpaid loan.

Mr Ehsan joined the bank on January 7 of 2018 when it was named as Farmers Bank Ltd.

Four state-owned banks-Sonali Bank, Janata Bank, Agrani Bank and Rupali Bank and Investment Corporation of Bangladesh (ICB) extended financial assistance to help the bank, plagued by gross financial irregularities. The four state-owned banks and ICB now have a 68 per cent stake in Padma Bank which now operates with 57 branches across the country.

"After taking responsibility from January this year, the new management has been working to bring down the loan to a tolerable level. In 2018, the bank has achieved remarkable success in the field of loan recovery, deposit collection and client dealings," he added.

Pointing out the huge amount of classified loans, he said the new management is ensuring transparency and accountability in classified loan calculation for accelerating the recovery process.

"Loan classification is a part of our recovery strategy. The rate of recovery is now better than before as we have already recovered around Taka 510 crore loans from January to till now. Out of the recovered loan, we settled about Taka 80 crore loans," he added.

"We want to bring our image back by changing the name of the bank. In the new year, we have geared up our recovery process and try to reduce at least 40 per cent classified loans," M Ehsan Khasru said.

The total outstanding loan amount PBL is around Taka 52.75 billion (5,275 crore) while the amount of the classified loan is about Taka 30 billion (3,000 crore).

Ehsan said FBL is going to start its new year through new name and different new products, including agent banking and mobile banking.

"We are focusing on Information and Technology (IT)-based products. We have no plan to open new branch. We want to expand IT-based inclusive banking," he added.

He said the bank has set a target to receive at least US$10 million remittance from the Bangladeshi expatriates as the bank has already communicated with the remittance sender agencies of the different countries, including Middle East countries ones.

"We don't want to remember the past. We want to start the 2019 at a new way. We know that we have challenges. We can overcome all the challenges as our new management and officials are committed to taking the bank at a new height," he added.

Praising the new generation entrepreneurs, he said they are much pro-active and innovative in compare with our old generation people.

"Our future is really bright, if we can support them with an enabling environment "We are offering higher profit rates in case of online opening of accounts with our bank and a huge number of young clients are meticulously doing their jobs with us…"