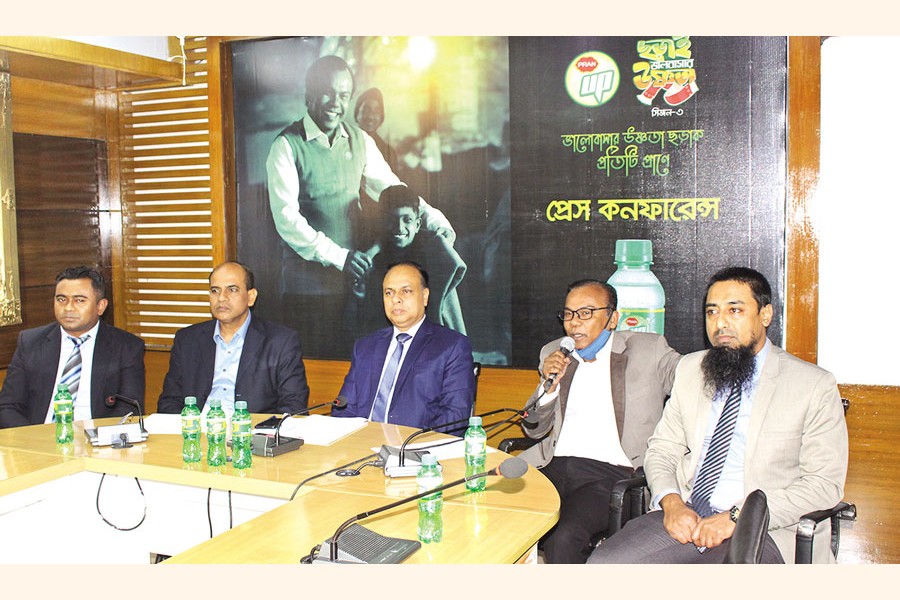 Beverage brand `PRAN UP' launched a campaign titled 'Chhorai Bhalobashar Ushnota Season-3' to help clod-stricken poor people. The campaign was inaugurated through a programme held at PRAN Center of the capital's Badda on Wednesday.

Popular beverage brand `PRAN UP' launched a campaign titled 'Chhorai Bhalobashar Ushnota Season-3' to help clod-stricken poor people. The campaign was inaugurated through a programme held at PRAN Center of the capital's Badda on Wednesday.

'Chhorai Bhalobashar Ushnota season-3' will run till February 5. Under the campaign, PRAN UP will distribute the blankets among the cold-hit poor people in Rajshahi, Dinajpur, Thakurgaon and Panchagarh districts. The blankets distribution will be started from January 20, said a statement.

Addressing the occasion, Eleash Mridha, Managing Director at PRAN Group said, "We always try to stand beside poor and helpless people besides operating the business. Amid corona pandemic, PRAN has distributed protective equipment for front liner and corona collection booth in hospitals. The group so far provided food support among 70,000 helpless and poor families. Every year, we try to help cold-hit people."

Anisur Rahman, Executive Director at PRAN Beverage Ltd said, "The aim of the campaign is also to create public awareness on used plastics bottles besides helping the cold hit people. In our previous two seasons, PRAN UP has given blanket to cold-hit people through collecting used bottles from the people. But this year, we are encouraging people to stay in home for corona outbreak and called them to participate our campaign from home."

He also added, "We have posted campaign related video in PRAN UP facebook page ((https://www.facebook.com/PRANUPDRINK/). Participants need to give picture with PRAN UP in the video post's comment box. PRAN will allocate specific amount of money for every post to buy the blanket. If people give more picture, more money will be allocated for cold-hit people. So participants can help them joining our campaign."

Actor Fazlur Rahman Babu said, 'the initiative of PRAN to help the cold hit people is very praiseworthy. I thank authorities of PRAN UP for involving me with such kind of good initiative.'