Stocks down for fourth day as nerves persist 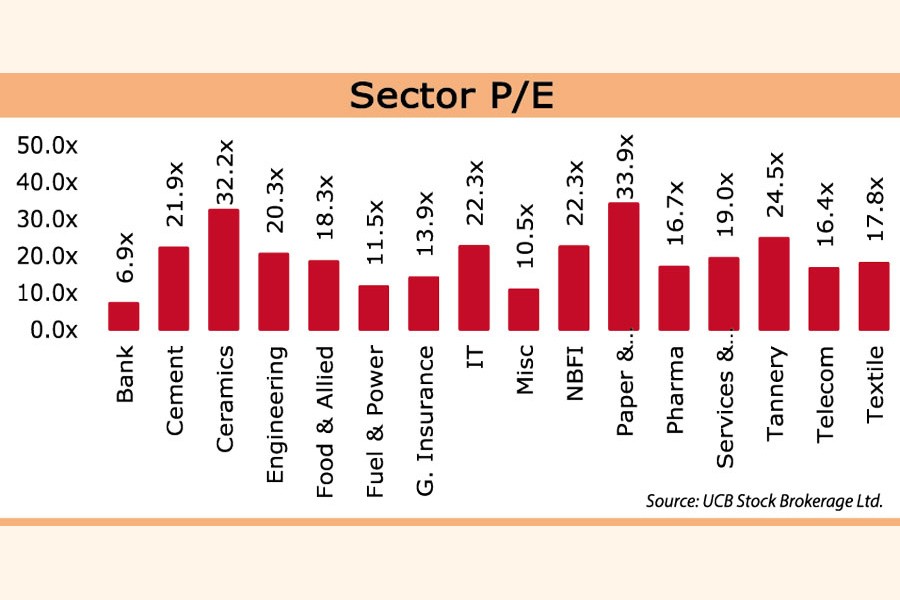 Stocks extended the losing streak for a fourth day in a row, as nervous investors continued their sell-offs amid growing macroeconomic worries.

Dhaka Stock Exchange (DSE) opened the day's session in the red. Although the benchmark DSEX index made several recovery attempts before the midsession, less participation of investors pulled down the index again.

Market operators said the inflationary pressure has kept the investors on the sidelines.

"Investors have become much worried not only about their living cost but also about the future of the profitability of listed companies," said a market review of EBL Securities.

Of the total turnover, Tk 404 million came from transactions executed in block trades.

According to market review of International Leasing Securities, jittery investors went on a sell-off amid the challenges triggered by fuel price hike.

Of the major sectors which witnessed price corrections, the banking sector declined 0.2 per cent, engineering 0.6 per cent, fuel & power 0.2 per cent, general insurance 0.3 per cent, pharmaceuticals & chemicals 0.4 per cent, telecommunications 0.7 per cent and textile sector 0.7 per cent.

Of the sectors which saw price appreciation, paper & printing, mutual fund and tannery sectors advanced 1.6 per cent, 1.5 per cent and 0.1 per cent respectively.

Investors' participation was concentrated mostly on miscellaneous sector, which grabbed 18.5 per cent of the market turnover followed by textile (18 per cent), pharmaceuticals & chemicals (10.2 per cent), engineering (8.6 per cent) and fuel & power (6.5 per cent).