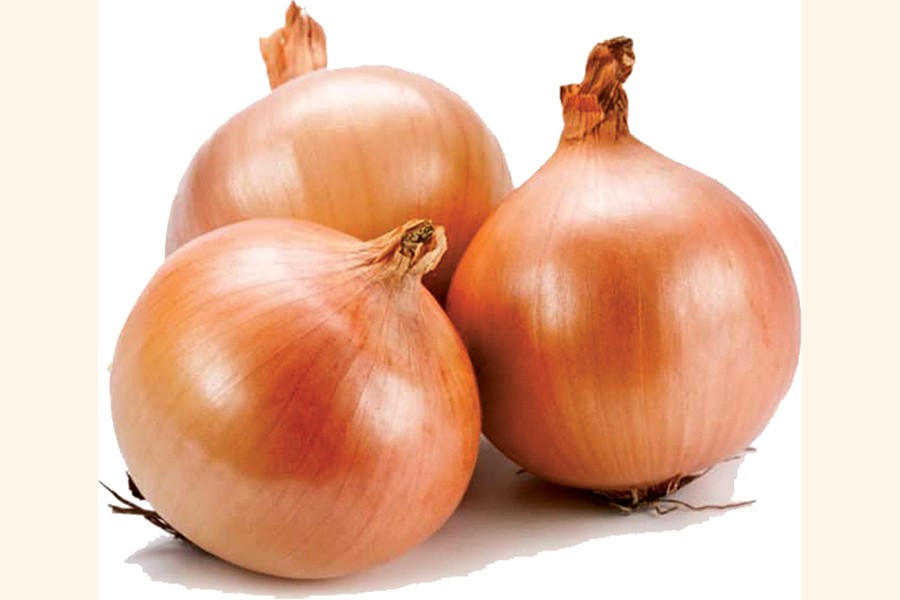 Onion importers, who use Hili port for importing from India, say they are in trouble after Delhi had suddenly banned the export of bulb, reports UNB.

India on Monday prohibited the export of all varieties of onion except in cut, sliced or powdered form.

As onions were not imported on Monday, 250-300 onion-laden trucks were stuck in India waiting to enter Bangladesh, said Haroon Ur Rashid, president of the Hili Land Port Import-Export Group. The onion will rot if the vehicles remain stranded, he said.

Besides, importers opened letters of credit (LC) for procuring about 10,000 tonnes of onion from India, which is now uncertain, Rashid said.

Onion prices shot up by Tk 5-7 per kg and the bulb was being sold at Tk 44-46 per kg in the port market as soon as news of India's export ban spread.

Shankar Das, C&F agent for the Indian part of the port, said the Department of Foreign Trade of the Government of India issued a notification announcing the ban on Monday evening. Onion export to Bangladesh will be stopped until further notice.

He said the destruction of onion in recent floods in India and supply crunch pushed up the prices. "The government's move is aimed at controlling the prices in local market," he said.

Last year, India banned onion export without prior notice, pushing up prices of the bulb in Bangladesh to record highs.