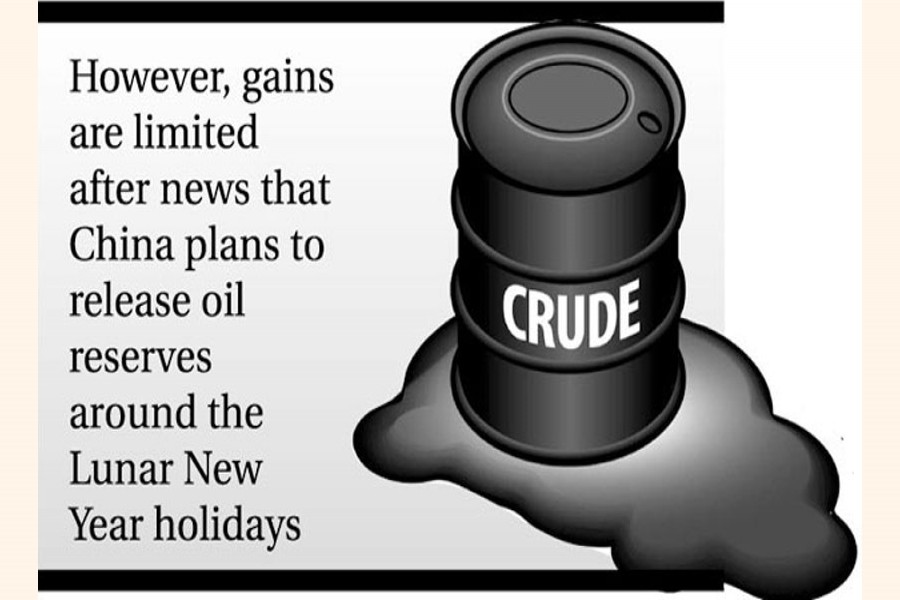 LONDON, Jan 14 (Reuters): Oil futures rose on Friday and were set for a fourth week of gains, boosted by supply constraints and a weaker dollar, though an imminent release of crude reserves from China looms.

Crude prices turned positive as the dollar headed towards what could be its largest weekly fall in more than a year. A weaker dollar makes commodities more affordable for holders of other currencies.

Several banks have forecast oil prices of $100 a barrel in 2022, with demand expected to outstrip supply, not least as capacity constraints among Opec+ countries come into focus. "When you consider that Opec+ is still nowhere near pumping to its overall quota, this narrowing cushion could turn out to be the most bullish factor for oil prices over the coming months," said PVM analyst Stephen Brennock.

However, gains were limited after Reuters reported that China plans to release oil reserves around the Lunar New Year holidays between January 31 and February 6 as part of a plan co-ordinated by the US with other major consumers to reduce global prices, sources said.

The US energy department on Thursday said it had sold 18-million barrels of strategic crude oil.

China has also posted its first annual decline in crude oil imports in two decades, though traders expect imports to recover in 2022.

There were also concerns about fuel demand in the world's second-biggest oil consumer as the highly transmissible Omicron coronavirus variant spread to the cities of Dalian and Tianjin.