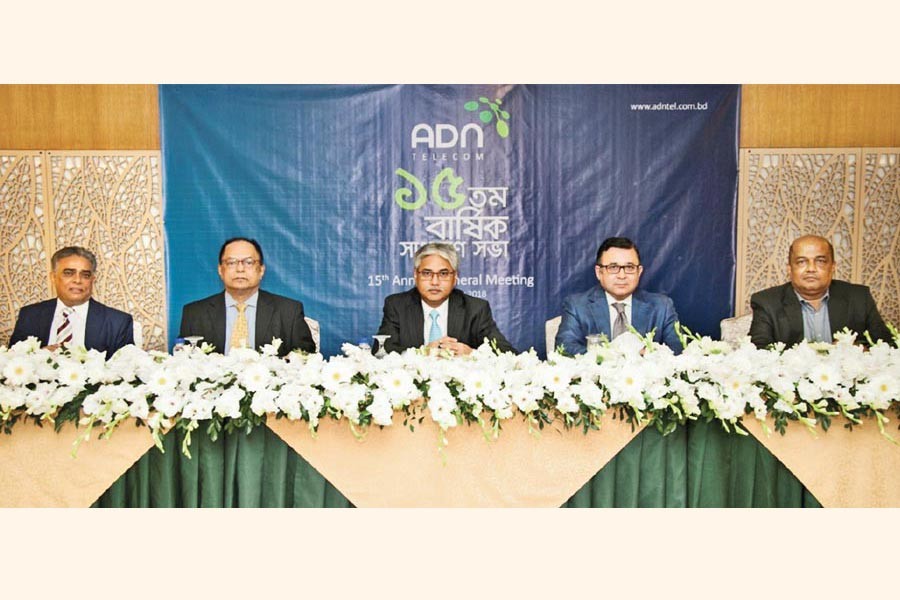 ADN Telecom Limited, a leading IT and telecommunication service provider of the country, registered a net profit growth of 12.93 per cent in the fiscal year 2017-18.

The company, which is expected to be listed with the stock exchange soon, disclosed the earnings figure at its 15th annual general meeting (AGM) held in the city on Tuesday, presided over by its chairman Asif Mahmood.

This year, the company announced 6 per cent cash dividend for its shareholders, said a statement.

During the last fiscal year, AND Telecom's net revenue and gross profit also increased 10.97 per cent and 16.60 per cent respectively.

The company offers seamless and secure connectivity with a wide range of data, voice and internet services to its domestic and international clients through wireless, fibre and satellite connections, said the statement.

The meeting discussed about the achievements of last fiscal year, future business plan and strategic decisions.