Call to adopt tech in Islamic finance to face off 4IR 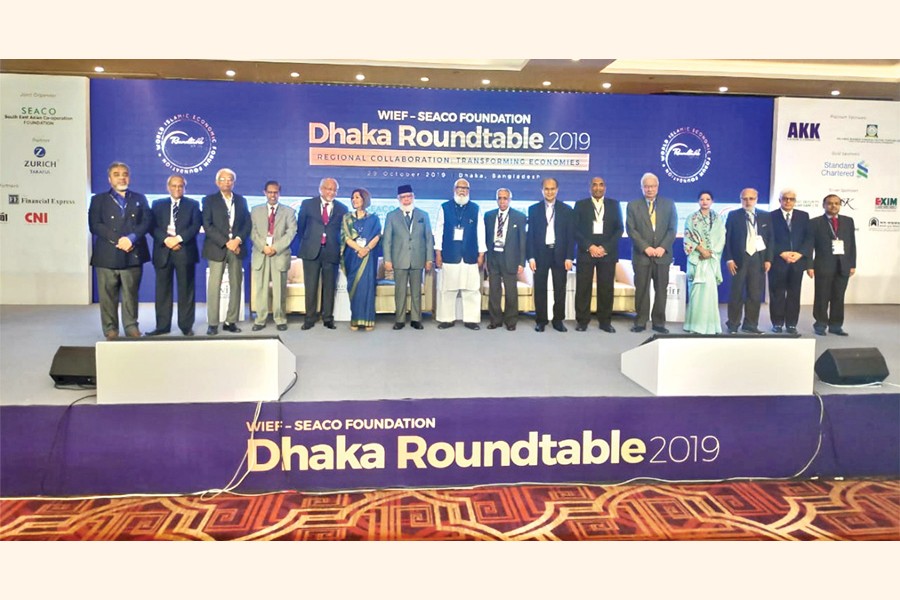 Experts at an international forum here on Tuesday called upon the bankers to adopt emerging technologies in Islamic banking services to face off upcoming fourth industrial revolution (4IR).

The local and international policymakers also mentioned about the growing trends of Shariah-compliant financial segment while addressing the event, said a statement.

Addressing the function, Mr. Salman F Rahman said Islamic economy continues to enjoy steady growth in base of 1.8 billion Muslims globally and the non-speculative nature of Shariah-compliant finance could help ensure financial stability, a reason why it is gaining traction globally.

He also read the message on behalf of Prime Minister Sheikh Hasina.

WIFE Foundation chairman Tun Musa Hitam said Islamic finance is estimated to grow to US$ 3.8 trillion by 2023 from $ 2.4 trillion in 2017.

The growing demand for Shariah-compliant finance coupled with various initiatives undertaken by a number of governments and regulatory bodies across Asia have fuelled the growth of the industry, he added.

SEACO Foundation executive chairman Salahuddin Kasem Khan said the forum will find out the way to raise the socio-economy of a community through trade, investment, tourism, and overall cooperation, where national economies become more connected regionally.

The conference addressed the challenges and prospects of Islamic finance and sukuk, insights into the future direction of the halal industry, and opportunities for infrastructure development.

Meanwhile, a WIEF-SEACO Foundation Dhaka Roundtable 2019 was held to address and discuss the challenges and prospects of Islamic finance and sukuk, insights into the future direction of halal industry as well as opportunities for infrastructure development and financing.

The final session at the roundtable introduced SEACO, a regional partnership model, which link up Bangladesh and Maldives from SAARC region with selected ASEAN countries through various initiatives to strengthen regional economic cooperation among these nations.

The speakers emphasised on the creation and implementation of various aspects of Islamic economy for infrastructure development, human resource development, cooperation of public and private sectors, rapid development of the world.

The development and economic activities of the halal industry were also discussed at the roundtable.