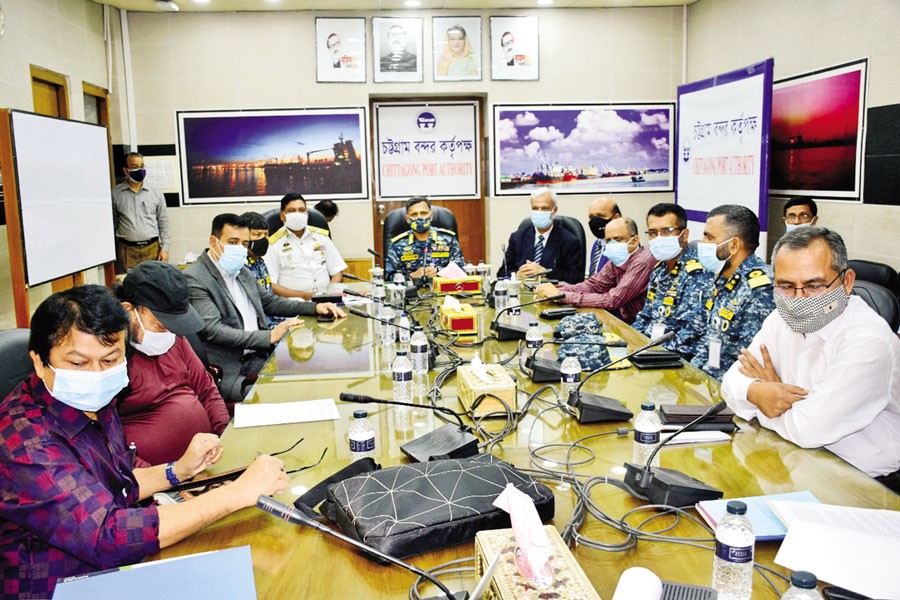 CHATTOGRAM, Feb 23: The Chittagong Port Authority (CPA) held an urgent meeting at its hall room on Monday afternoon to discuss the issues of the elevated expressway being constructed from Lalkhan Bazar to Shah Amanat International Airport in the port city.

Chairman of the CPA Rear Admiral M Shajahan presided over the meeting.

The meeting finalised the alignment of the expressway.

Besides, CPA and Chattogram Metropolitan Police (CMP) will coordinate the traffic management during the construction of the elevated expressway in the port area.

Some other important decisions were also taken at the meeting to remove obstacles to the construction.

The construction work of the expressway has now been going on in full swing. The work in Agrabad and Barik Building area started in the second week of January this year.

He added, "The construction work of the project started in February 2019 but remained halted from April to June last year due to coronavirus outbreak. Around 45 per cent of work has already been completed so far."