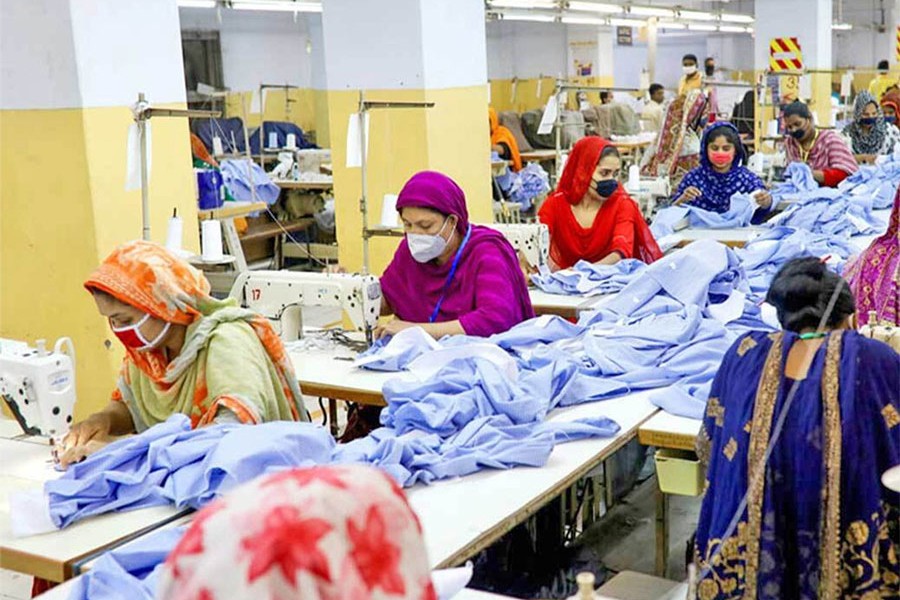 The long-awaited employment injury scheme (EIS) was launched in the country's readymade garment (RMG) sector on Tuesday, aiming to effectively protect workers against falling into poverty as a result of workplace accidents and occupational diseases.

Workers in the export-oriented RMG sector are set to get enhanced social security through income protection following the launch of the new scheme jointly by the labour ministry and the International Labour Organization (ILO), in collaboration with the Netherlands and Germany (GIZ).

ILO Country Director Tuomo Poutiainen said that the launch of 'Employment Injury Protection' scheme for RMG workers in Bangladesh was an important and historic step in strengthening accident protection in the country.

Such a system would promote sustainable business practices and provide the right kind of signals to investors, as Bangladesh is step by step upgrading its social protection systems for the benefit of all, he said.

In the event, Salman F Rahman said that social security was high on the agenda of Prime Minister Sheikh Hasina.

Speaking on the occasion, the labour secretary said, "We have the privilege to ensure that the pilot is designed in line with the 'International Labour Standards', taking the national settings into consideration."

Social protection and sector competitiveness go hand in hand, said Bas Blaauw, First Secretary of the Embassy of the Kingdom of Netherlands.

The Netherlands looks forward to working with all the relevant stakeholders to make the pilot a success, said the first secretary.

Johannes Schneider, Head of Development Cooperation from the German Embassy, said, "With the addition of the Pilot, we now have, for the first time, an employment injury scheme that meets international standards in terms of compensation and that effectively protects workers and their families from falling into poverty as a result of workplace accidents and occupational diseases."

The pilot of the employment injury scheme will contribute to the social well-being of workers and employers and above all improve the country's social security system, said BGMEA president.

Employment injury protection is one of the nine branches of social protection recognised by ILO for all workers under its Social Security (Minimum Standards) Convention, 1952 (No. 102).

Bangladesh has already taken this issue as a priority and highlighted the same in the 2nd Phase Action Plan of the National Social Security Strategy.

Keeping in mind that workers in the readymade garment industry play a remarkable role in the country's growing GDP, it is important to consider their rights and security on priority.

This facility will be expanded to other economic sectors upon success of the EIS-Pilot.

Since 2013, ILO and GIZ have been working together with the government of Bangladesh and industry partners for ensuring workers' social and financial security.

As a continuation of the process, after having several tripartite consultations, the government has decided to introduce a periodic payment scheme for occupational injuries, disabilities and deaths in the RMG industry.