Four industrial units get 205 acres of land at Mongla EZ 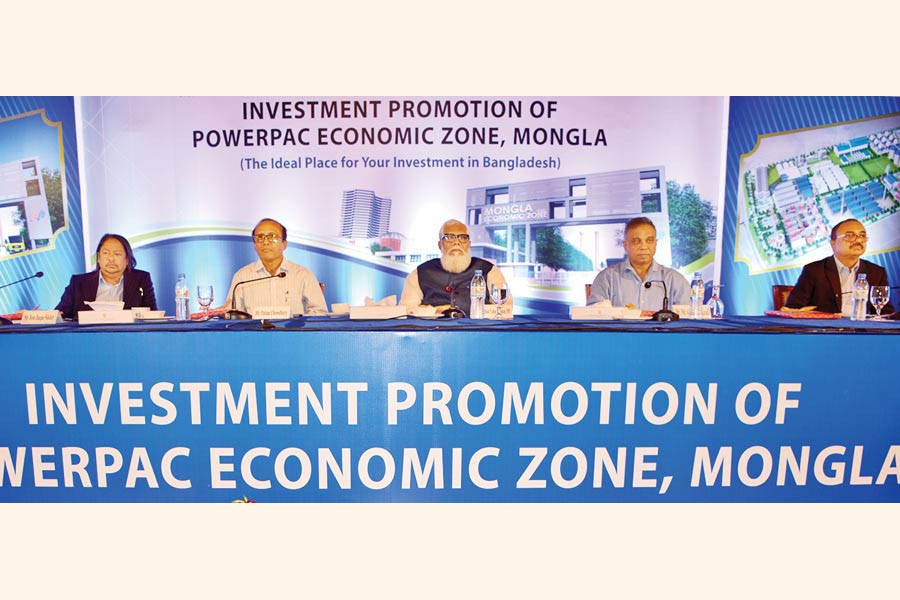 Four industrial units on Monday received allocation for 205 acres of land at the Mongla Economic Zone near the Mongla sea port.

Besides, two financial institutions such as National Bank Limited and Sikder Insurance Company Limited got office space allocation in the same EZ.

The handing over took place at the 'invest promotion of Powerpac Economic Zone, Mongla' programme at a city hotel on Monday, jointly organised by Bangladesh Economic Zones Authority (BEZA) and the PowerPac Economic Zone Private Limited, a concern of Sikder Group.

Principal Coordinator of SDG Affairs at the Prime Minister's Office Md Abul Kalam Azad spoke on the occasion as the special guest.

In his speech, Paban Chowdhury said the EZs are now drawing good attention from the investors at home and abroad after ups and down since the BEZA started its journey.

"At the beginning there were very limited responses from the businesses about the EZ. But the government's policy support and other initiatives are now changing the scenario," he said.

He also said that the One-Stop Service (OSS) for the investors is set to launch formally soon.

BEZA signed the developer agreement with the PowerPac Economic Zone Private Limited in 2016 to Design, Build, Finance, Own, Operate and Transfer (DBFOOT) of Mongla Economic Zone for a period of 50 years.

The Mongla EZ has been developed as the first Public-Private Partnership basis economic zone in the country.

The project officials said the EZ is located beside the Mongla River. Mongla seaport is less than a kilometre from the zone.

They also said that 44 per cent of the land in the EZ has already been allocated to different industrial units. Some 30 per cent of the total land has been identified as green and open spaces.

The zone will be divided into blocks of appropriate sizes, which could be subdivided into plots according to the layout plan, they added.