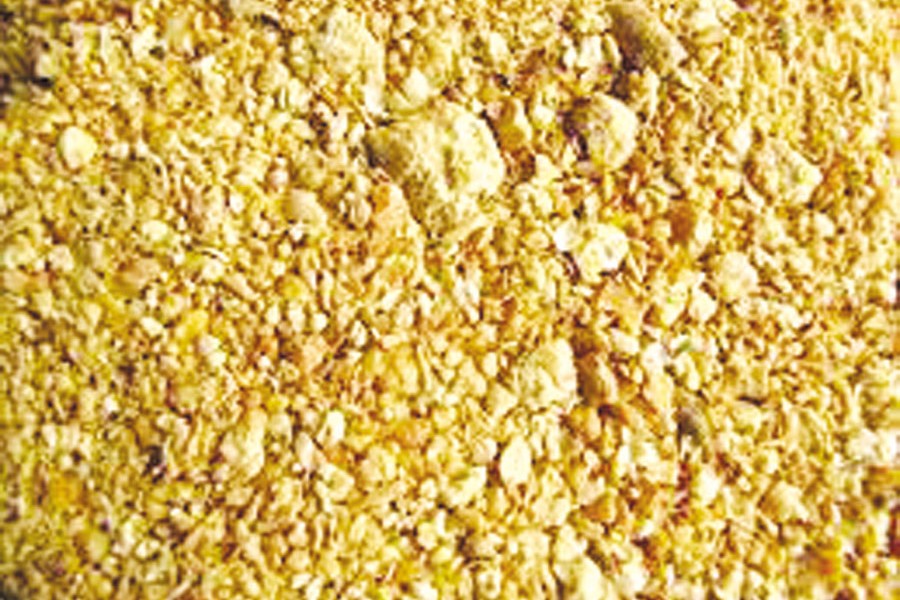 The government has imposed a ban on export of soybean meal to control the rising prices of the key elements of poultry and cattle feed and also to protect the country's dairy and poultry sector.

The decision will come into effect from October 14 (today).

The commerce ministry has asked the chief controller of import and export to take necessary measures to this effect.

However, exporters, who have made the settlements of letters of credit (LCs) or telegraphic transfer (TT) by October 13, will be able to export until October 20.

At a press briefing recently, the Bangladesh Dairy Farmers' Association (BDFA) also demanded that the government immediately cancel the decision of exporting soybean meal to protect the country's dairy, poultry and fisheries sectors from incurring losses.

The BDFA fears that the dairy and other related food item prices will see a hike further if the government does not take a decision in this regard immediately.

The cost of food is 65.70 per cent of the total cost of poultry and cattle production and farming, and the main food ingredients in commercial food preparation are soybean extraction, rice powder, wheat bran, pulse bran, etc.

The total demand for soybean meal in Bangladesh is about 1.8 to 2.0 million tonnes per year.

Of this, 75 to 80 per cent is procured from domestic soybean oil producers and the remaining 20 to 25 per cent is imported.

Bangladesh, apart from local production, is currently importing soybean meal from various countries including India, US, Brazil, and Argentina.

About 70 to 75 per cent of the total cost of producing eggs, fish, and poultry is spent on buying feed.

So, if the price of feed increases, the production cost of farmers will increase ultimately, industry insiders said.

On the other hand, farmers will have to face huge losses if they do not get a fair price of their produce, they continued.

Soybean seeds are being imported with zero duty facility to help flourish the industry.

But now the soybean meal is being exported, benefiting some three to four soybean oil-producing companies, they added.