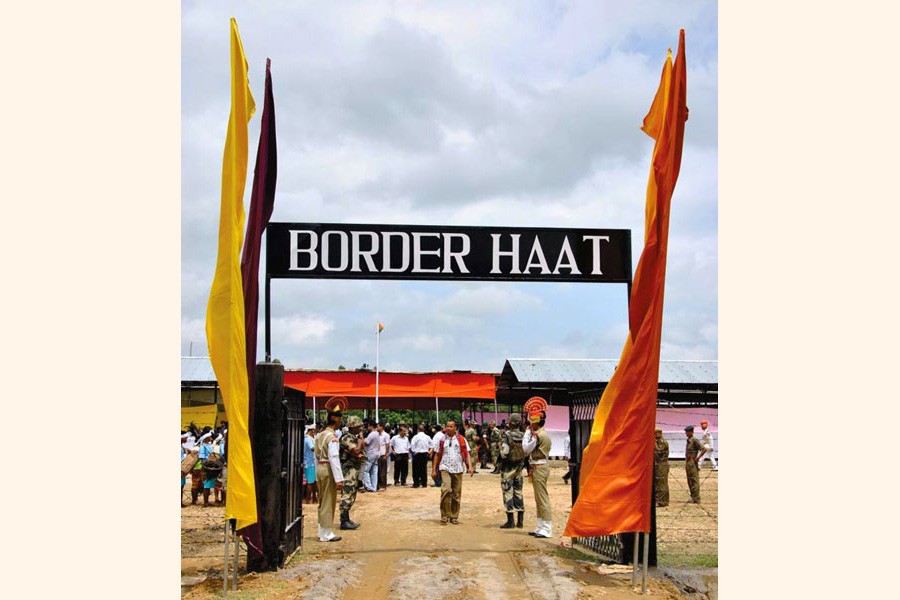 The number of border haats (makeshift markets on boundaries between Bangladesh and India) in Tripura will be doubled from two.

During the meeting, they discussed connectivity and trade-related issues between Indian north-eastern state and Bangladesh, according to a report by India-based The Business Standard.

"We have discussed trade and connectivity-related issues and projects. Tripura has a significant role in increasing trade and improving connectivity between India and Bangladesh," Das told reporters after the meeting with the chief minister.

"The number of border haats in Tripura would be doubled from two," the Indian envoy said.

In the border haats, vendors from India and Bangladesh are allowed to sell local produce without any kind of duty or tax, she said.

To improve the livelihood of people on the border, India and Bangladesh (since 2011) have set up two haats in Tripura and Meghalaya.

"We also discussed ways to further improve people-to-people contacts. The ongoing connectivity projects will take some time," said Das, who took charge as high commissioner of India to Bangladesh in March.

She arrived in Agartala on Monday on a two-day visit to the bordering north-eastern state.

She also visited the under-construction Agartala-

Akhaura (Bangladesh) 15-kilometre railway project site and the integrated check post. The $145 million project was finalised over nine years ago.

The state-run Indian Railways Construction Company (Ircon) is laying the five-km track on the Indian side and the remaining 10-km railway tracks would be laid by the Bangladesh Railways.

India will bear the entire cost of the railway project.

The project was finalised during a meeting between Bangladesh Prime Minister Sheikh Hasina and Indian then Prime Minister Manmohan Singh in New Delhi in January, 2010.