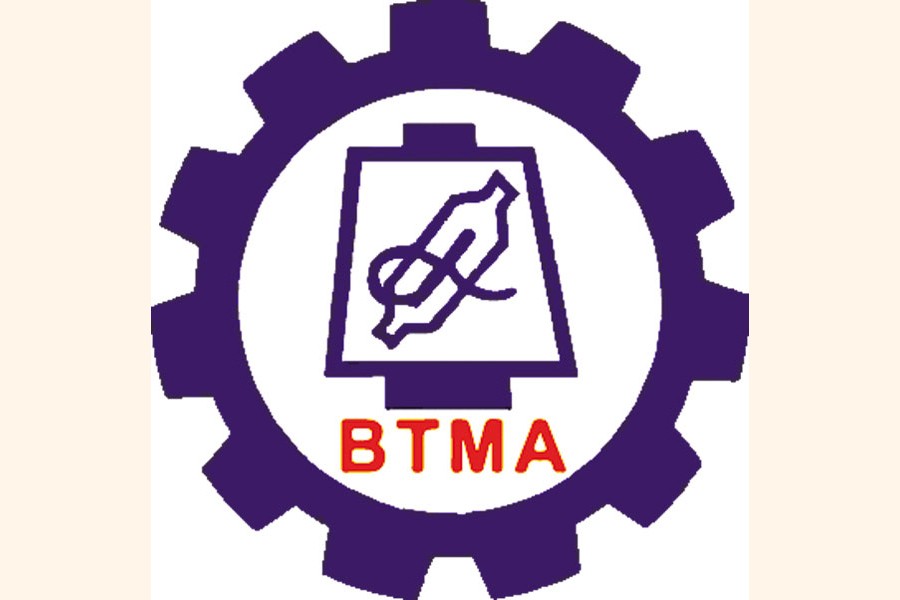 The Bangladesh Textile Mills Association (BTMA) instructed all its export-oriented yarn makers on Wednesday to keep the existing yarn prices - quoted in the latest proforma invoices (PI) - unchanged until November 30.

The trade-body of the primary textile millers - in a letter signed by its president Mohammad Ali Khokon - also requested the members to follow the PI conditions.

PI is an estimated invoice, sent by a seller to a buyer in advance of a shipment or delivery of goods.

The instruction came a day after the decision in this regard was taken in an emergency meeting of the BTMA board on October 12 (Tuesday), the letter read.

Referring to the emergency board meeting, the BTMA president in the letter said, "Due to the rise in cotton prices since September 28 till date, the yarn prices made from cotton purchased during the period will be effective for next 60 days or until next November 30."

On August 21, textile millers and apparel exporters unanimously fixed the upper ceiling of the mostly consumed 30-carded and 30-combed yarn prices at US$4.20 and $4.50 a kilogramme respectively, provided the price index remains between 85 and 100 points.

They also reached a consensus that yarn prices would increase or decrease, if the index crosses 100 points and goes below 85.

The consensus came after apparel and home-textile makers raised concern over the high prices of yarn in the domestic market. They also wrote to the government authorities concerned for allowing import of ready-made garment (RMG) raw materials, including cotton, yarn and fabrics, through all land-ports and partial shipment of those imports.

Industry insiders said the emergency meeting was convened after the global cotton index crossed 100-point mark on September 28, and continued to rise - showing no sign of price fall.

The meeting also warned local spinners to be 'very cautious' regarding cotton purchase.

According to a BTMA statement - issued on Wednesday, the meeting also suggested the trade-body to consider measures like suspension of its service to the member mills that would decline to issue and maintain PI for 15 days after the new price is fixed in consultation with the BGMEA, the BKMEA and the BTMA.

The meeting also suggested the same measure from the BGMEA and the BKMEA, if any of their member factories fails to issue letter of credit - mentioned in the PI.

It also advised the BTMA to inform about the latest trend of yarn prices to the local RMG exporters each fortnight.

Cotton is the main feedstock of the local export-oriented garment industry. The country is largely dependent on cotton, as 75 per cent of its apparel items are cotton-based.