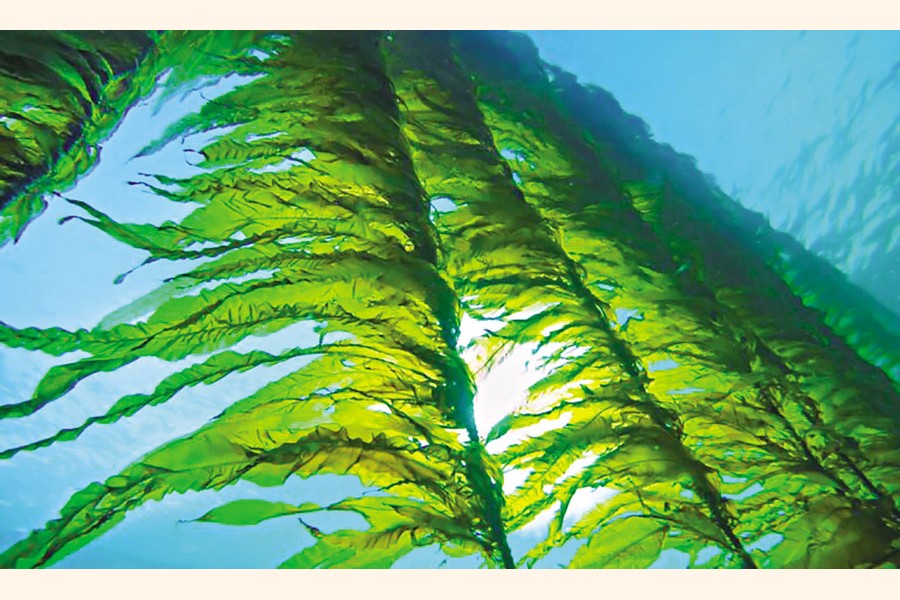 Seaweed farming holds enormous prospect for Bangladesh to expand its blue economy as the marine plants and algae have multipurpose applications in industries like food, cosmetics, pharmaceuticals and fertilizer in local and global markets, according to experts, reports UNB.

To promote seaweed farming commercially, the country needs to develop its market value chain which is missing yet, they said.

This world's fast-growing sector still remains almost unexplored in Bangladesh despite having a large sea area in the Bay of Bengal following the disposal of maritime disputes with two neighbouring countries -- Myanmar and India, said the experts.

"Bangladesh can produce seaweed commercially alongside the fisheries and other marine resources in a bid to unlock the full potential of the blue economy," said Dr Md Kawser Ahmed, Professor of Oceanography Department at Dhaka University.

He said the contribution of seaweed is enormous not only to the economy but also to the environment and ecology.

Dr Subrata Sarker, Chair of Oceanography Depart-ment at Shahjalal University of Science and Technology (SUST), said the seaweed farming is one of the fast-growing sectors in the world as the global production of seaweed has increased three times in the last two decades.

"Though some farmers collect seaweed, the market value chain is missing here in Bangladesh," he said, adding that if Bangladesh can develop the sector, it would be able to earn huge foreign currency.

In Bangladesh, at least 10-11 species of seaweeds out of some 200 species recorded in the Bay of Bengal have bright prospects for commercial cultivation in the country, according to the two recent studies.

Two separate groups of researchers from the Institute of Marine Sciences and Fisheries at Chittagong Uni-versity and the Ocean-ography Department of SUST conducted the studies.

Bangladesh has 24,077-sq km coastal waters within 0-10 m depth that may be suitable for seaweed production, according to a study titled "Seaweeds farming for sustainable development goals and blue economy in Bangladesh."

Now seaweeds have demands in the restaurants especially in the Cox's Bazar tourist spots. Local pharmaceuticals and cosmetic companies are also interested to use seaweed-derived products (carrageenan, alginic acid and gelatin) in their industries, as per the studies.

Local farmers collect the seaweed seed from the wild source and set the farm near to their settlement. In most of the cases, farmers do not have any knowledge on suitable site selection for seaweed farming.

The current seaweeds production can be increased by some 50 per cent annually. It would be possible to produce 50 million tonnes (dry weight) seaweed from every 5,000-sq km farming area by 2050.

The expansion of seaweed farming could have positive impacts on the poverty elevation as well as to ensure food security in the country.

Some 97.1 per cent of the global production comes from the cultivation in offshore and onshore farms while only 2.9 per cent from the wild harvest.