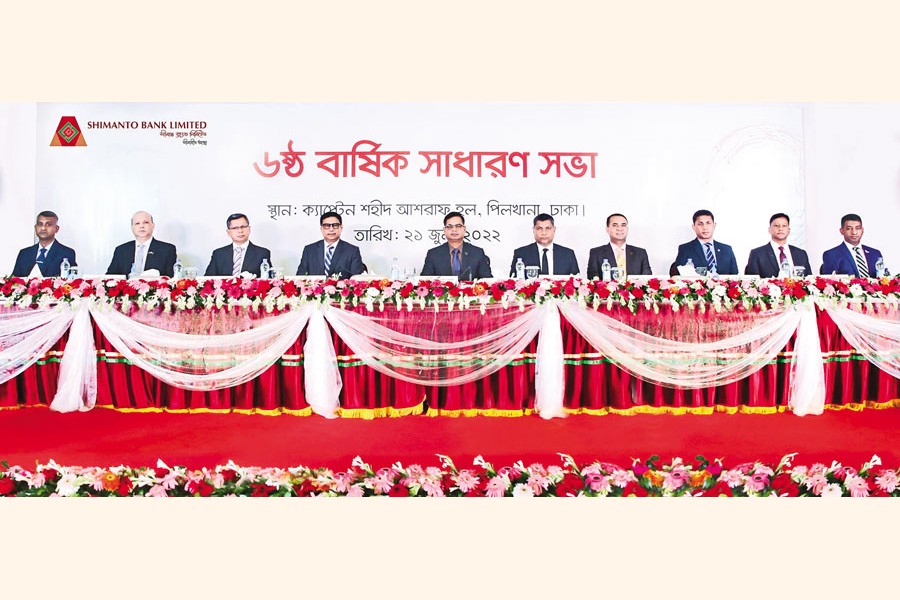 The 6th annual general meeting (AGM) of Shimanto Bank was held at Captain Shahid Ashraf Hall at Peelkhana on Tuesday, with Director General of Border Guard Bangladesh and Chairman of the bank Maj Gen Shakil Ahmed in the chair, says a press release.

In his welcome speech, Maj Gen Shakil Ahmed mentioned that the world almost came to a halt during the last two years due to COVID-19 pandemic and most developed economies shrank.

Whereas, Bangladesh economy is showing resilience, with the growth recovering gradually, he said, adding that policy support from the government led to the quick recovery.

Policy initiatives taken by the Bangladesh Bank played a very vital role in the recovery of the banking sector as well as the industry and other service sectors, he said.

He also said that banks will face enormous challenges in the upcoming years.

Shimanto Bank Ltd has ensured good results in terms of profitability and all other metrics overcoming challenges of pandemic and economic downturn, he mentioned.

"We will take initiatives to increase assets by taking calculated risks. We believe that we can achieve our goals in coordinated efforts of the Board and Management," he said.

The AGM was moderated by Hossain Suman FCS, Company Secretary of the bank.