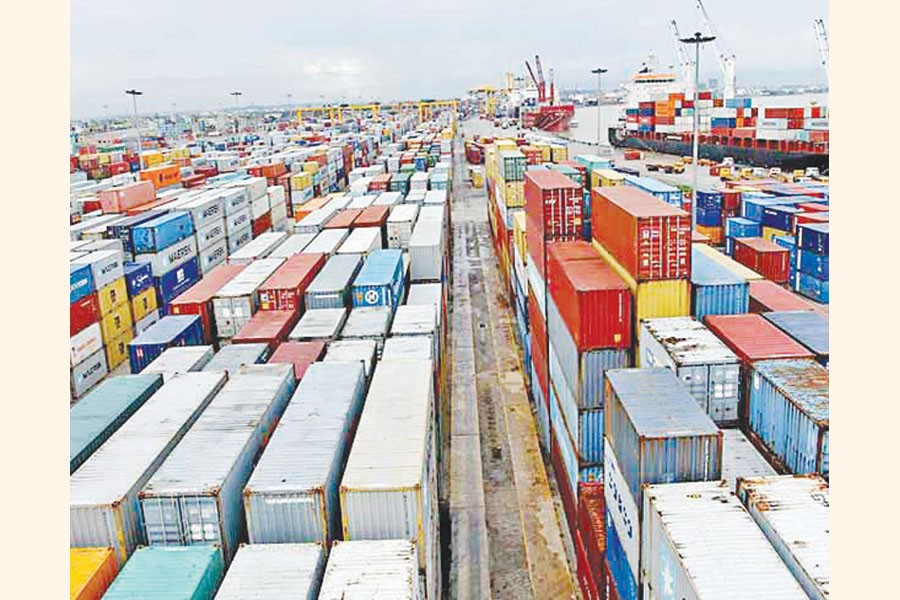 CHATTOGRAM, Sept 16: Siltation in the River Karnaphuli is threatening navigability of Chittagong Port.

The Karnaphuli Capital Dredging Project, started two years ago to increase the draft of the channels of Chittagong Port has remained stalled for more than one year, threatening navigability of the country's prime seaport.

Sources said, plastic materials have halted the capital dredging of Karnaphuli River for one year. Besides, coronavirus outbreak in the country is delaying resumption of dredging work this year.

Halting of the dredging has increased siltation of Karnaphuli as sands are accumulating at several points of the river, including the newly-constructed Karnaphuli Bridge-2.

In the new DPP, the cost of the project has been increased as the old imported dredging machine failed to dredge the river last year, said the sources.

The long-awaited capital dredging of Karnaphuli, the lifeline of the country's economy, started in 2018 and got stuck in 2019 due to the plastic goods and other hard objects, accumulated under the river bed for years.

Besides, the ongoing COVID-19 pandemic had prevented the authority from starting the process for resuming the dredging.

"Our experts reviewed the situation and sent the new DPP in this regard last month. The capital dredging will be started soon after the ministry's approval of the DPP," he said.

After completing the dredging, the navigational channels of Chittagong port will be deeper and smoother than now, Mr Omar Faruk said adding that larger ships will be able to enter the jetties as the draft will be increased.

Contacted, Chattogram Chamber of Commerce and Industry (CCCI) president Mahbubul Alam said the CPA should complete the capital dredging as early as possible to save the Karnaphuli River and the country's prime sea port.