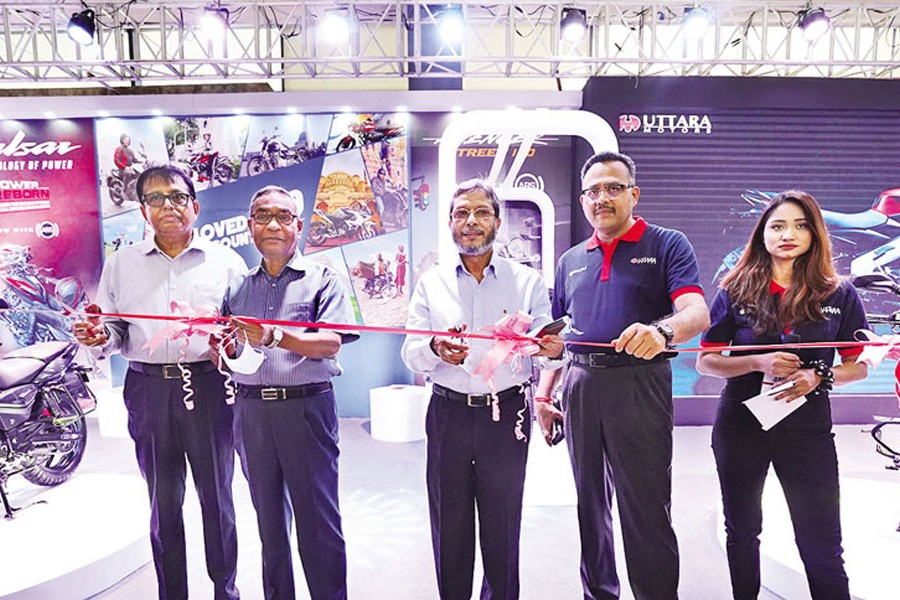 Uttara Motors has joined the Dhaka Motor Show '22, being held at International Convention City Bashundhara (ICCB) in Dhaka, displaying all the models of Bajaj motorcycle at its pavilion, says a press release.

Uttara Motors has also displayed RE CNG auto-rickshaws and introduced diesel-powered ambulances, which are now known as Grameen ambulances in remote areas of the country, including Saturia upazila of Manikganj district.

Uttara Motors, the sole distributor of Bajaj motorcycles in Bangladesh, has been marketing Bajaj motorcycle and providing services through 15 branch offices and more than 400 dealers across the country.