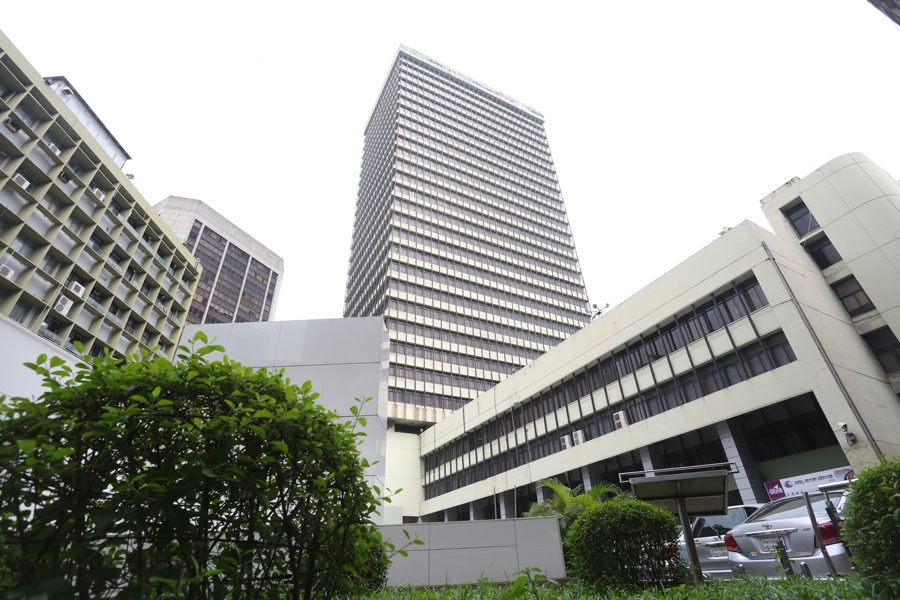 In Bangladesh-like in other countries across the world-the monetary policy objectives including the instruments and operating mechanism for achieving these objectives have undergone significant changes since the 1990s. Although maintenance of price stability (inflation) and promotion of economic growth have long been considered as the dominant objectives of the monetary policy of Bangladesh Bank (BB), successive financial crisis in the global economy (e.g. 1997 Asian financial crisis, 2007-2008 global financial crisis, 2009 sovereign Euro-zone debt crisis, and other events) have vastly altered the traditional approach to monetary policy in Bangladesh. The change has been towards maintaining the broader objective of financial stability rather than the single-minded pursuit of price stability.

For Bangladesh Bank, the objectives of monetary policy have evolved around the concerns of maintaining price stability and ensuring adequate flow of credit to the productive sectors of the economy. Monetary stability cannot be ensured without stabilising the purchasing power of the currency (Taka). The credit system helps promote economic growth which in turn strengthens monetary stability. Hence, maintaining inflation at a low level and stabilisation of output around its potential level remain the typical objectives of monetary policy in most countries. The Bangladesh Bank also endeavours to maintain a cautious balance between economic growth and price stability.

For BB, the challenge is to achieve its objectives indirectly using instruments under its control. One must also remember that the structure of monetary policy undergoes changes over time along with developments in the financial markets and institutions and the degree of global integration. In fact, the monetary policy framework in Bangladesh has undergone significant changes especially in recent years. Until the mid-1990s, the broad money (M2) was used as an intermediate target for monetary policy which became increasingly inadequate afterwards due to developments emanating from economic and financial sector reforms which significantly deepened the financial sector. This has improved the effectiveness of monetary policy transmission through indirect instruments such as interest rates.

Further, with the opening up of the Bangladesh economy, increased liquidity from capital inflows has raised the ratio of foreign assets to reserve money (RM) which has rendered the control of monetary variables more difficult. The transmission mechanism of monetary policy also underwent changes with interest rate and the exchange rate gaining importance vis-à-vis other variables. Consequent upon these financial innovations, the stability of the demand function for money has also come under question. Recognising the challenges posed by financial liberalisation and the growing complexities of monetary management, BB has also adjusted its approach with greater emphasis on rate channels for formulation of monetary policy. This has made the monetary policy operation more broad-based along with greater flexibility in the conduct of monetary policy.

The key challenge for BB, however, is to ensure the effective implementation of the monetary policy using a supporting operating procedure. The operating procedure is the daily management of monetary conditions consistent with the overall objectives of the monetary policy. It involves, for instance, defining the operational target, setting a policy rate which could influence the operational target, setting a bandwidth for short-term market interest rates, conducting liquidity adjustment operations to keep the operational target interest rate stable within the band, and signaling of policy intentions. As with the monetary policy framework, the operating procedure has also been following an evolving process in the country. For example, application of cash reserve ratio (CRR) on bank liabilities and open market operations (OMOs) have traditionally been the instruments of monetary policy. But, with the introduction of changes, overnight management of general liquidity at desired interest rate through overnight fixed repo (i.e., the central bank's liquidity injection rate) and the reverse repo rates (i.e., the central bank's liquidity absorption rate) to provide necessary guidance to the market interest rates has emerged as the most active instrument of monetary policy.

One must also recognise that the above monetary policy procedure has limitations as well. With the lack of a single policy rate, the operating policy rate alternates between repo and reverse repo rates depending on the prevailing liquidity condition. Bangladesh Bank is continuously working with required modifications in the framework in order to make it more relevant and effective.

It is true that the new operating framework presupposes the dominance of the interest rate channel of monetary transmission, which becomes more effective under a deficit liquidity condition. The new framework helps to maintain the overall liquidity under the deficit mode. As a result, the transmission of monetary policy in terms of movement in call money rate has shown improvements. Money market interest rates are now better aligned. However, the transmission of monetary policy changes to the credit market is complex and takes place through the cost channel. Banks respond to policy changes by altering deposit rates depending on liquidity conditions and credit demand. As the cost of deposits rises with money market rates, lending rates respond to policy rate changes with a time lag.

The monetary policy formulation process of BB has traditionally been an in-house exercise, with only the end-product of its actions made public. But, over time the process has changed; it has become more consultative and participatory along with an external orientation. The process leading to monetary policy actions entails a wide range of inputs mostly involving the in-house expertise of trained experts. Pre-policy consultations with external experts and representatives of financial institutions, business and trade associations, and other stakeholders are also arranged regularly to ascertain their assessment of the economic situation and monetary policy recommendations.

For an upper middle income Bangladesh, the price stability challenge is complex and requires a careful review of what should be the realistic short-run inflation, how low it should be, and how it is calibrated through potential inflation-growth trade-off. It is also important to trace the multiple causes of inflation, and the policy instruments that are traditionally applied to contain inflation. In Bangladesh, available evidence shows that the volatility in inflation comes from factors affecting both non-food inflation and food inflation. There are various factors behind food price fluctuations; for example, supply disruptions due to floods and other natural disasters, price distortions by market intermediaries, and rise in food import prices, among others.

Clearly, controlling inflation in Bangladesh requires other interventions to complement the monetary instruments. Long-term public investments and other measures would be needed to address structural factors and food price volatility. It may be noted that, over the last two decades, the rate of inflation in Bangladesh has fluctuated, and the level of fluctuation was much higher in the 1990s than in the 2000s. Thus, volatility of inflation has not been a major concern during the past two decades in Bangladesh.

Moreover, monetary policy seems to have limited power to control inflation in Bangladesh. The instruments at the disposal of BB are often not effective to respond to inflationary tendencies. The Bank rate (the policy rate) has been held nearly unchanged (BB uses the repo rate as a proxy policy rate); instead, it addresses price stability largely through the credit/deposit channel, often by maintaining a closely monitored relationship between broad money (M2) and reserve money (RM). The use of control over money aggregates (credit channel) provides a pseudo control over the credit flow to the private sector. The credit channel, however, has its limitations, and may miss the inflation target. On the other hand, the policy rate channel cannot be made effective since the transmission mechanisms are very weak, and financial infrastructure is underdeveloped.

Overall, the transition of the monetary policy framework in Bangladesh has been dominated by the continuously broadening and deepening of financial markets, increasing integration of the economy with the global economy and the resulting changes in the transmission of monetary policy. The pertinent question, however, is how the transition has impacted growth performance and inflation in the economy. It is true that growth of real GDP, on average, has rapidly increased over time and has become less volatile. Moreover, inflation has remained under control during the last decade. However, it appears that inflationary situation has somewhat deteriorated in recent years which has followed the global financial crisis. It is true that managing inflation while an economy is recovering from a downturn is much more complex than under normal conditions because of various uncertainties and trade-offs.

One must also remember that the evolution of monetary policy is influenced not only by the changing monetary and banking performance, but also by the developments in the financial markets and macroeconomic outcomes. Adverse developments like the recent Covid-19 pandemic have created global economic turmoil which has put the prevailing monetary theory and policies to test. The crisis has also changed the perception as to how BB should go about achieving its macroeconomic stabilisation objectives.

It has now become clear that the mandate of monetary policy should cover macro-financial stability and not just price stability. This has drawn attention to the impracticability of Tinbergen's rule of assigning one instrument for one objective. In practice, interest rate changes affect financial stability. Similarly, macro prudential tools impact credit growth and hence monetary transmission. Therefore, recognition of the interaction between interest rate and macro prudential tools becomes critical to the appropriate design of monetary policy. This underscores the importance of close monitoring and analysis of financial sector developments so that possible risks can be better integrated into the formulation and implementation of monetary policy. Further, the monetary policy should not aim solely towards fine-tuning of short-term objectives such as short-term demand management which may contribute to building up of medium and longer term risks.

The issue of operational flexibility of BB in the conduct of monetary policy and regulation of the financial system is also of paramount importance. In this regard, required changes in the Bangladesh Bank Act should be considered to accord greater operational flexibility to BB in the conduct of monetary policy. No doubt, the operational autonomy to the central bank and its relationship with the Ministry of Finance are vexed issues not only in Bangladesh but elsewhere as well. But the issues need to be resolved keeping Bangladesh's own economic perspectives in view.

Further, the objectives, instruments and mechanism of operation of monetary policy operations in Bangladesh are undergoing rapid changes as the structure of the economy is experiencing deep transformation. The aim for BB would be to set an example among the central banks in developing countries through constantly innovating the structure, techniques and transmission of monetary policy to serve the triple objectives of inclusive growth with reasonable inflation and financial stability. No doubt, monetary policy formulation and implementation involve continuously evolving techniques both in response to and as a consequence of changes in the financial system and the real economy. In the process, monetary policy needs to be increasingly transparent along with greater involvement of all stakeholders for ensuring better policy outcomes.