Conventionally, monetary policy in Bangladesh has played a secondary role, complementing the fiscal policy as embodied in annual budget. It now appears, as an irony of history, that among the scarce benefit of Covid-19 is the possibility of articulating an independent role for monetary policy, albeit by default of the fiscal policy. The economic impact of the devastating pandemic not being immediately on financial institutions, the type of easy money strategy that was seen in the developed countries during 2007-2008 financial meltdown was not expected to be pressed into service in Bangladesh as the catalyst for economic recovery. By all appearances and according to the standard folk-lore of financial governance, Covid-19 called for a vigorous response through expansionary public expenditures in the mould of Keynesian fiscal policy. 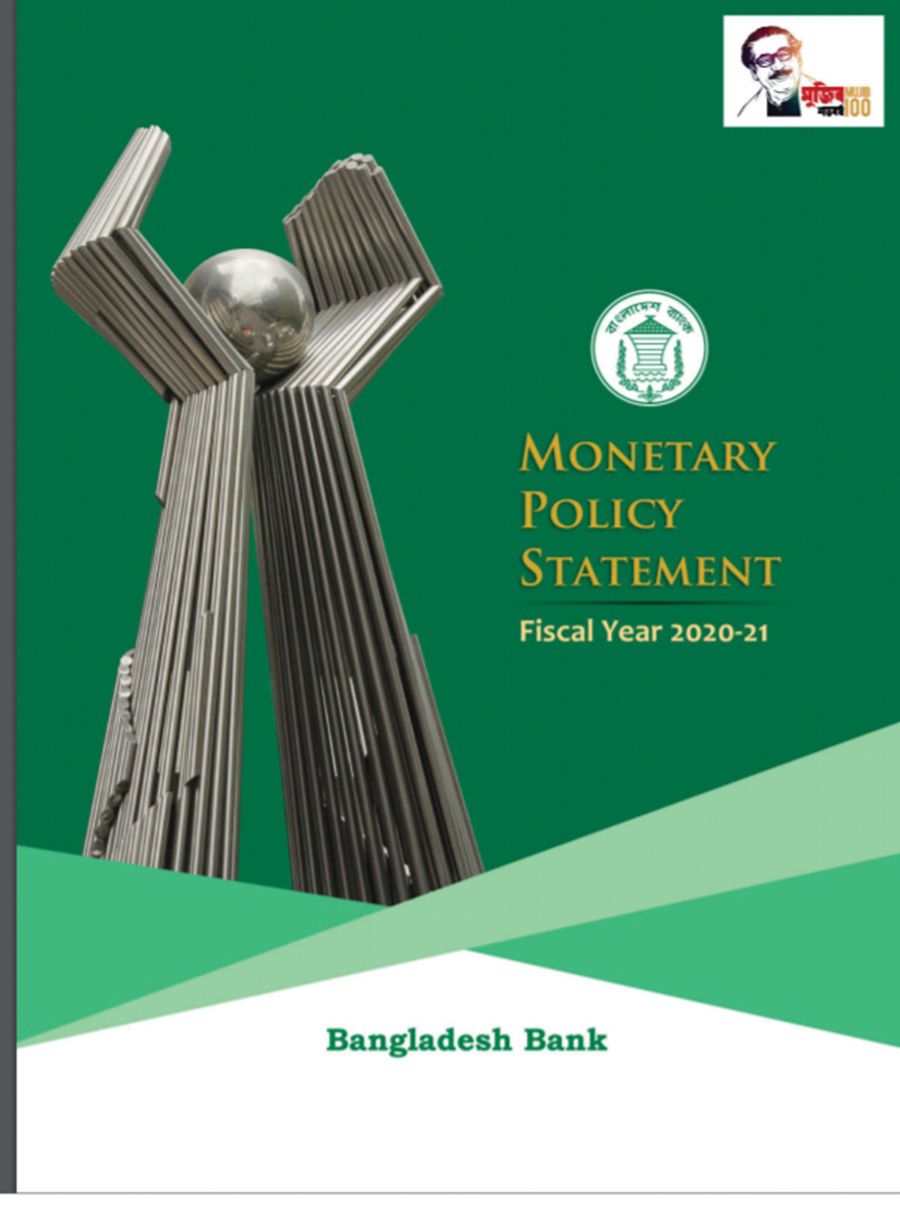 But the debt-ridden government may have thought that discretion is the better part of good governance and opted for `monetising` fiscal policy by shifting the burden of economic recovery on to commercial banks. Except the cash relief for 5.0 million poor families at the rate of Tk 2,500 per month and the Tk 50.0 billion emergency loan to export oriented industries, mainly garments, all the other packages under the stimulus programme amounting to Tk 1.00 trillion have been passed on to the commercial banks for implementation with their own funds, the government only paying half of the interest rate as subsidy. The stimulus package meant for the commercial banks is, therefore, the main plank of monetary policy this year.

First of all, the monetary policy should have supplemented the stimulus packages because the latter was announced in a haste, without much preparation. Bangladesh Bank had ample time to find out if any sector was left out of the packages and whether the allocations made for the sectors in the package are adequate to meet their requirements. But the Monetary Policy Statement (MPS) as announced, does not seem to have integrated the stimulus packages within its ambit. As a result the stimulus packages given over to the commercial banks for implementation by Bangladesh Bank remain as a standalone programme. This distancing or separation of the two can be seen as a major short-coming of the MPS because all the recommendatory measures and guidelines revolve around the stimulus packages, their being no other overarching goal for MPS this year.

The disconnect between the MPS and the stimulus packages is seen vividly in the policy statement regarding credit growth target for the private sector during the current fiscal. Even though the private sector has been given the main responsibility of spearheading the economic recovery during and after the pandemic, the credit growth rate for the sector has been targeted at a measly 14.8 per cent as against 40.00 per cent for the public sector. It may be argued that actual use of credit by private sector has been in decline in recent years, the last year's figure being 8.0 per cent only. There may be many reasons for this decline, some of which might be absence of necessary fiscal incentives for this sector. Since private sector has been designated as the prime mover for economic recovery during and after the pandemic, all possible policy incentives should be designed and put in place to make it vibrant and active to meet its role. This, of course, falls within the bailiwick of fiscal policy. But the MPS could have hinted at this in a general way, indicating the complementarily of the two policies.

The monetary policy under discussion has rightly reduced various lending rates including repo, reverse repo and the basic interest rates to allow more liquidity for commercial banks. It has also reduced the margin for cash reserve ratio and revised the Advanced Deposit Ratio (ADR) with the same purpose. In fact, decisions on some of these were already announced at the time of the inauguration of the stimulus packages and therefore are not entirely new. Given the reactions of commercial banks to these measures, it seems that revisions in this area will be required. Even in normal times fixing of rate of interests and cash reserves are revised from time to time, keeping in view the changing circumstances. Needless to say, this periodic exercise will be needed now more than ever.

The commercial banks do not have a liquidity problem right now, but may have in the near future if the volume of non-performing loans (NPLs) goes on ballooning. Because of the presence of NPL the commercial banks have not responded enthusiastically about implementing the stimulus package with their own funds. They realised that many potential borrowers under the stimulus packages would be new for them as clients, posing risks. Moreover, it would be difficult to process the loan applications for them expeditiously. So, they pressed Bangladesh Bank for covering the risk of lending under the stimulus package, at least partially. Consequently, Bangladesh Bank agreed to refinance the loan to be given, to the extent of 50.0 per cent of the total. But perhaps even this was not enough for commercial banks as an incentive and they wanted to have credit guaranty for loans to be given for 'risky' sectors like the small and medium business and industries (CSMSE). After mutual discussion Bangladesh Bank now has agreed (July 24, 2020) to give credit guarantee to commercial banks for loans that will be given to CSMSE. The issue of refinance and credit guarantee were not mooted at the time when the stimulus packages were announced. It is surprising that this matter does not figure in the MPS even obliquely. Refinance of loans and credit guarantee scheme are no less important than the various policy rates and cash reserve ratio used by Bangladesh Bank as incentive to commercial banks for expanded loan operation. Under the present circumstances, this may have assumed even greater importance.

As in the previous years, the present MPSs makes almost a routine commitment to contain inflation within the magic figure of 5.5 per cent. In view of the expansionary monetary policy based on stimulus packages the ceiling of inflation as fixed is likely to be exceeded. The devastating flood that has damaged Aus crop has made food price inflation inevitable. If inflationary rise, fuelled by food price becomes threatening, monetary policy alone will not able to contain it. Public expenditures for open market sale of food grains and distribution of food and cash under safety net programmes will have to supplement monetary policy in this regard.

Finally, the MPS has almost routinely mentioned about achieving the Gross Domestic Product (GDP) at a rate that is, not so surprisingly, close to the rate announced in the budget. This formality could be dispensed with this year when the economy is in turmoil and the future outcome is uncertain. What is of essence now is keeping the wheels of the economy running. At the end of the fiscal year (FY21) the growth rate of GDP achieved will become apparent. It will not be affected because of the absence of any mention in the monetary policy statement.