LCs from third country: a new perspective for import? 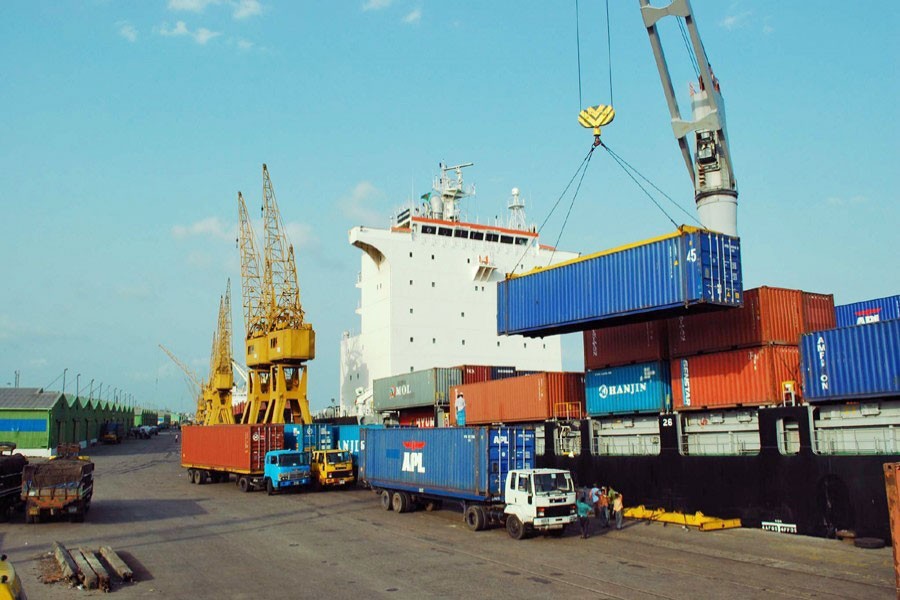 Since the Russia-Ukraine war emerged, global supply chain disruptions led to import price hike, resulting in mismatch between inflows and outflows of foreign currency in many countries including ours. Local currency faced huge depreciation, as a result. To face the challenges, the authorities concerned took different measures such as imposition of margin for import letters of credit (LCs), monitoring of high value imports, extension of buyer's/supplier's credit for imports, policy supports to repatriate wage remittances smoothly and many more. Bangladesh is still in a position of sound international reserve, which is capable enough to support import payments of more than 3 months. Despite this, mismatch between inflows and outflows needs to be addressed.

There needs an influx of foreign currency to meet demand of outflows-- a simple equation. Liquidity problems can be solved by liquidity for which necessary inflows are required. But mismatch seems to be continuing, leading many banks having insufficient inflows of foreign currency to be reluctant in executing imports by opening LCs. Even they are showing inability in effecting outward remittances on account of services such as treatment, study abroad. Payments are reported to have been on hold on account of surplus earnings payable to foreign airlines and shipping lines.

Import is crucial for manufacturing industries of Bangladesh. Many of them are export oriented and import substitution industries, for which input imports are required from external sources. Even agricultural sector is dependent on imports for different items such as seeds, implements, fertiliser, pesticides, etc. Since the past few decades, Bangladesh economy is trade-dependent. Trade generates inflows from exports and different factor payments from external sources. On the other hand, transfer payments on account of wage remittances are a national wealth which helps to support external payment obligations. Authorities concerned expected that foreign exchange market would be eased from the beginning of 2023. The expectation becomes true from the end of 2022 due to increase in inflows from exports and wage remittances. But another problem comes across-- high cost of trade credit for import payments.

Industrial inputs are basically imported on deferred terms under supplier's/buyer's credit for which importers need to pay to suppliers or foreign lenders. It is observed that global interest rate is found at increasing trend to contain upward movement of inflation. As a result, trade finance in foreign currency becomes costlier, which is the same as the cost applicable for local currency borrowing. The high cost is rarely affordable for importers. Moreover, trade credit from international market is not easily available. The situation leads importers to import on sight terms meaning that importers will make payments on receipt of compliant documents from suppliers' banks after shipping the goods. But inflows of foreign currency do not support all imports at sight. This situation becomes a challenge for foreign exchange market to cater to the demand for sight payments.

This shows that country of shipment and country of payment against imports may be different. Insider information indicates that import and export are executed through third parties operating in trade hubs like Hong Kong, Singapore, Dubai, Zurich and many more locations. In a recent policy guideline on merchant trading, the central bank allows local traders to ship goods from third country to final destinations from where export orders have been received. The suppliers may execute transactions against LCs or sales-purchase contracts. Banks are allowed to settle payments at import-leg out of proceeds received from export-leg.

Bangladeshi importers are well connected with different supply sources to which they issue LCs as and when required. These LCs are transferred or based on supply sources these reach the ultimate suppliers. This is similar to merchant trade model. As noted earlier, banks in Bangladesh are in a mismatch of inflows and outflows for which they are reluctant to open import LCs. In such a situation, intermediaries operating in trade hubs are reported to propose importers that they will open LCs favouring ultimate suppliers for shipping goods. But importers seem not to be familiar with the operational modalities for such imports and payments thereof.

Import transactions of the country are governed by the Import Policy Order (IPO). IPO allows imports by LCs and without LCs under sales-purchase contracts. Import without LCs is permissible for (a) industrial raw materials, capital machinery, fire door by industrial importers for their own use regardless of value; and (b) commercial imports up to a certain value limit in a year.

Imports without LCs are executed through documentary collection which is of two types -- (a) document against payment (DP), and (b) document against acceptance (DA). Importers reach agreements with suppliers/traders/trade intermediaries, based on which they submit sales-purchase contracts or proforma invoices to banks which conduct due diligence and comply reporting routine as per regulatory framework. On completion of shipment, banks receive documents from their counterparts abroad.

They release documents on receipt of payments from importers against imports under DP. In case of imports under DA, banks release documents on receipts of acceptance with payment date from importers. Banks inform the acceptance and payment date to their counterparts abroad without making them exposed for payment obligations. It does not matter if trade intermediaries arrange shipments from different suppliers against LCs issued from their countries.

LCs by third country does not have any relevance for local regulations of destination countries of imports. It depends on the regulatory framework applicable in the countries of suppliers/traders/ trade intermediaries from which LCs are to be issued. In this context, ultimate suppliers will ship goods to destinations with importers' banks as notify party/consignees. Suppliers abroad submit documents through their banks to LC issuing banks at third country. LC issuing banks will send the documents replaced by intermediaries to destination banks, which will release documents on receipt of payment from importers in case of DP imports. Destination banks will release documents on receipt of acceptance of import bills from importers with maturity date for payments in case of imports under DA as noted earlier. In both cases, banks work as facilitators and do not bear payment liabilities. They just make payments on receipts of payments from importers.

Since industrial imports can be executed without LCs and on credit terms, importers can easily import permissible items from traders/trade intermediaries abroad which can issue LCs favouring ultimate suppliers. This is basically known as third country LCs. Importers' banks will do nothing for such LCs. Banks will conduct due diligence and regulatory compliance based on sales-purchase contracts/proforma invoices submitted by importers to facilitate transactions.

LCs opened from third country by traders/trade intermediaries are not a regulatory issue for importers, which should be clarified for eradicating confusion with reference to IPO and foreign exchange regulations in force. It may support uninterrupted and much needed import transactions of the country.