The ghost of Brexit past: Arguments grounded in English history 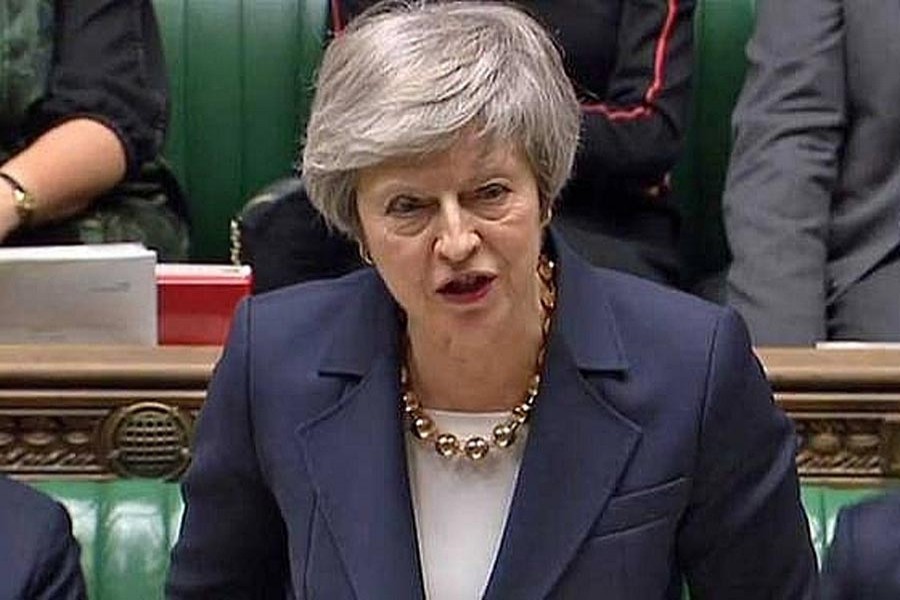 Britain's Prime Minister Theresa May during a debate on the Brexit withdrawal agreement in the House of Commons in London, on December 04, 2018. —Photo: AFP

The European Union (EU) has gained member-state approval for an agreement setting the terms of the United Kingdom's exit from the bloc. But it is still unclear whether a majority of British parliamentarians will approve the deal, given that it appears to leave decision-making power over British affairs in European hands.

One can reasonably assume that the agreement will be rejected by hardline Brexiteers, who see it as even less satisfactory than the status quo. And there are of course plenty of Remainers who oppose Brexit in any form. Yet, for all of its flaws, the Brexit that Prime Minister Theresa May has negotiated with the EU is likely to happen.

A reversal of the exit process is now highly improbable. Brexit constitutes a revolution, and that means it is bound to follow a familiar historical pattern. As many French learned after 1789, and many Russians after 1917, revolutions can be neither ignored nor stopped.

To be sure, the Brexit revolution has been unfolding in a country with little revolutionary tradition. British legal experts take pride in the fact that their country's constitutional order evolved gradually over time, rather than through the kind of dramatic political ruptures that have shaped so much continental European history. But the June 2016 referendum put an end to that strain of British exceptionalism. The vote to leave signalled, ironically, that Britain had finally caught up with the rest of Europe. At a time when most Europeans want security and stability, a narrow majority of Britons decided to do something wild and unpredictable.

Some historians see precursors to Brexit in the UK's September 1931 departure from the gold standard, or in its September 1992 withdrawal from the European Exchange Rate Mechanism. But Brexit is not merely about ending a monetary regime - a relatively easy operation that can even produce beneficial policy outcomes - or escaping some irritating feature of modern European political life. Brexit represents a systemic overhaul of everything at the same time.

After decades of membership in the European regulatory regime, achieving a clean break will require a tedious and complicated rewriting of innumerable rules. Even the smallest mistake might lead to devastating unintended consequences. For example, overlooked loopholes could open the door for dangerous or predatory practices; and, more broadly, ambiguous language could render the entire framework senseless or self-contradictory.

Put another way, the whole exercise is analogous to designing a new word-processing program from scratch. Any rational person would soon realise that it is better just to stick with the status quo. But the logic of revolution makes such reversals impossible.

Most of the arguments in favour of Brexit assume a traditional conception of sovereignty, and are grounded in English - rather than British - history. Brexiteers look back fondly at King John's defiance of Pope Innocent III in the thirteenth century. And they are even more smitten with the Tudor era, when Henry VIII wrested the Church of England from the yoke of papal authority. To this day, the Tudors enjoy a near-ubiquitous presence in British textbooks, media, films, and the popular imagination.

The defining moment of the Henrician Reformation came in April 1533, when the Parliament of England passed the Ecclesiastical Appeals Act, giving Henry the final word on all legal and religious questions. The point of the law was to free England from the authority of a papacy that answered to Charles I of Spain - that is, Charles V of the Holy Roman Empire. As long as Charles called the shots in Rome, Henry would not be able to divorce Charles's aunt, Catherine of Aragon.

Contained in the Appeals Act is the first clear legislative definition of sovereignty. "This realm of England," the law states, "is an Empire, and so hath been accepted in the world, governed by one Supreme Head and King…" But as is always the case, the measures that launched the revolution were incomplete. The laws that Parliament adopted in the 1530s did not replace Catholicism with Protestantism. But they did pave the way for religious reformers to carry the revolution into its next phase.

Still, there was much disagreement among Protestants when it came to the shape of reform. Would the revolution follow the teachings of Luther, Zwingli, or Calvin, or would it embrace an even more radical vision? In the event, different factions pushed for different approaches, and frequent and abrupt reversals were common. The man who drafted the original Appeals Act, Thomas Cromwell, was executed in 1540 on orders from the king; the architect of the English Reformation, Archbishop Thomas Cranmer, was burned at the stake in 1556.

During the 1547-1553 reign of Henry's son, Edward VI, revolutionary momentum carried England definitively in a Protestant direction. But, as the historian Eamon Duffy notes, with the systematic "stripping of the altars" throughout this period, many English subjects experienced dislocation and alienation. A great nostalgia for the old order took hold of the body politic, and after Edward's death, his sister, Mary I, set about reversing the process.

Counter-revolution, however, requires just as radical an approach as does revolution. As the English state resorted to increasingly brutal and barbaric measures, many English subjects concluded that the counter-reformation was itself deeply flawed. After Mary's death, Elizabeth I would eventually institute a compromise. But, with many theological issues left unresolved, the Reformation continued to cycle through violent revolutions and reversals for decades. It took at least a generation before the conflict subsided.

For his part, Henry VIII had always wanted to be interred in an enormous celebratory tomb where (Catholic) masses would be said in perpetuity. Neither wish was honoured. The best that Britain could do was simply to forget and move on.

As May navigates the final stages of Brexit, she should heed the lessons of the Tudor era. More often than not, those who start the revolution are eventually devoured by it.

Harold James is Professor of History and International Affairs at Princeton University and a senior fellow at the Center for International Governance Innovation.