The potential of trade in services for developing countries 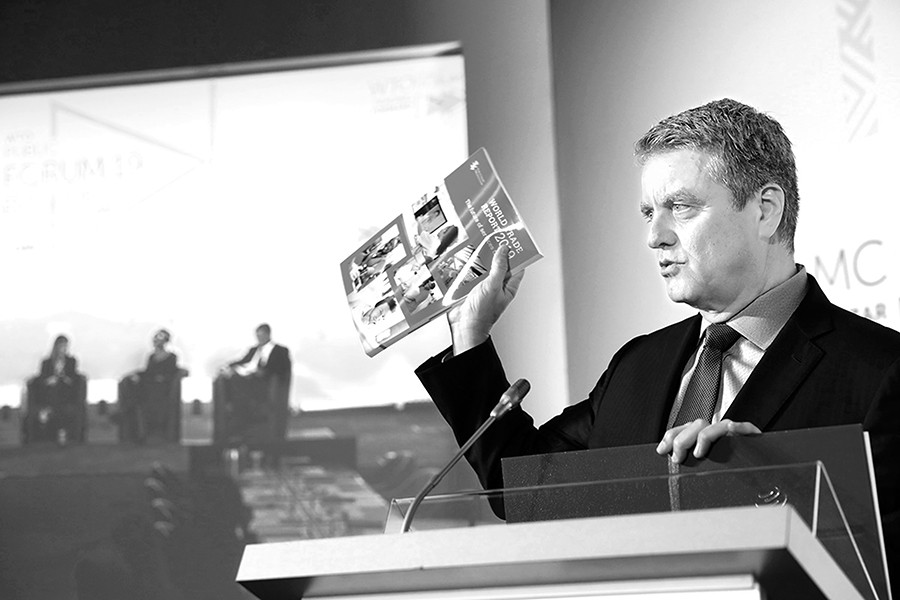 The conclusion of the Uruguay Round and the creation of the World Trade Organisation in 1995 marked the first time commitments on trade in services would be undertaken not only by developed countries, but also by many other economies outside of the European Union and parties to the North American Free Trade Agreement (NAFTA). The now conservative commitments under the General Agreement on Trade in Services (GATS) reflected that WTO members were less familiar with the trade disciplines in the new subject area of services than with those covered by the General Agreement on Tariffs and Trade (GATT). A core tenet of the GATS is the right to preserve policy flexibility and the right to regulate, and to introduce new regulations on services to meet national policy objectives.

However, international production integration, business practices, time and the dynamism of technological advances have challenged the relevance in today's trading environment of many of the reservations and conditions of WTO members in the GATS commitments on services sectors and modes of supply. Progressive liberalisation on trade in services, including through the termination of MFN exemptions, was intended by WTO members to promote the economic growth of all trading partners and the development of developing countries. New commitments on services liberalisation could align the WTO bindings to the status quo regime in a wider range of services sectors across the expanding WTO membership. This is important for the transparency of global services and predictability for traders, and could be supported by recognition agreements among members. Improved commitments by WTO founding members would improve the balance of rights and obligations of acceded WTO members, including small vulnerable economies and newly independent states, which have typically made wide and deep services commitments.

When the WTO was established, developing states were not equipped to compete with more advanced economies in capital-intensive extractive, agricultural processing and manufacturing industries. At that time, it was less understood that there is a symbiosis between trade in services and the growth of other services and non-services; and that efficient trade in value-adding services supports competitiveness and facilitates moving up the value chain in non-services sectors. In 2017, foreign direct investment in manufacturing and services were almost on a par (WIR, 2018). In response to price volatility and preference erosion, traditionally commodity-dependent developing countries are relying more on trade in services to mitigate vulnerability. Services account for more than two-thirds of global gross domestic product (OECD and WTO, 2017), are a major contributor to employment, and their trade has been more resilient in times of economic crisis than goods trade.

Services sector promotion, intellectual property-based innovation, and technology transfer and know-how will be critical to reducing the vulnerability of developing economies. Therefore, increased participation in international services trade is an essential element of a nation's sustainable development plan.

Consensus on domestic regulation disciplines would reduce disguised barriers to trade in the prospective markets of developing members, and would reduce transaction costs for traders by increasing the transparency of regimes and improving market information and decision-making. Significant progress has been made in this area. However, the built-in agenda of the GATS evidenced the difficulty of resolving complex conceptual issues of trade in intangibles using a GATT-inspired construct, particularly in regard to subsidies and safeguards.

These challenges in rule-making persist because of the interdependence of modes of supply and economic activities to fulfil transactions with consumers. WTO members have been exploring the unique nature of the operation of trade in services with attention to the trends in specific sectors, and the appropriate scheduling framework for guaranteeing effective market access and national treatment. Clarification and understanding of trading interests in services have sometimes been limited to participants in plurilateral negotiations. Cooperative engagement on trade in services at the level of the WTO membership and enhanced frameworks for strengthening information exchange could help to inform developing countries' formulation of their negotiating positions, their participation in negotiations and their eventual implementation of new WTO commitments on trade in services. In practice, access to distribution channels in partner markets will be the key to unlocking new markets for developing countries. The LDC Services Waiver11 and related implementation modalities are a good reference point for responding to developing country priorities in services negotiations. Effective delivery of cooperation, as provided for under the GATS Article IV, Aid for Trade and other trade-related capacity-building efforts in trade in services, would enhance the prospects of concluding, and capitalising on, new trade commitments in the WTO.

Telecommunications and information communication technologies and financial services were recognised early in the existence of the GATS as sectors in their own right, as well as infrastructure services on which other sectors could be built. In today's digital economy, we understand that these services are critical for enabling commercial participation regardless of levels of development and size. Digitalisation also expands the scope of cross-border services, as reflected in the increase in business services and ICT transactions in 2017 (WIR, 2018). Digitalisation also disrupts trade in goods patterns in favour of goods with a digital equivalent, and transfer of digital information through processes like 3D printing change relationships previously based on the geographic location of production. Therefore, developing countries have an interest in binding commitments on services liberalisation, services rules and other key areas of e-commerce and MSMEs. Looking ahead, approaches to negotiating trade rules should look to the different WTO agreements in order to ensure coherence in commitments and maximize the potential of a linked world.

The writer is a trade and development consultant. The piece is excerpted from the World Trade Report 2019 published by the World Trade Organisation (WTO) on Wednesday (October9, 2019).