Hasnaeen Rizvi Rahman paves the way for many 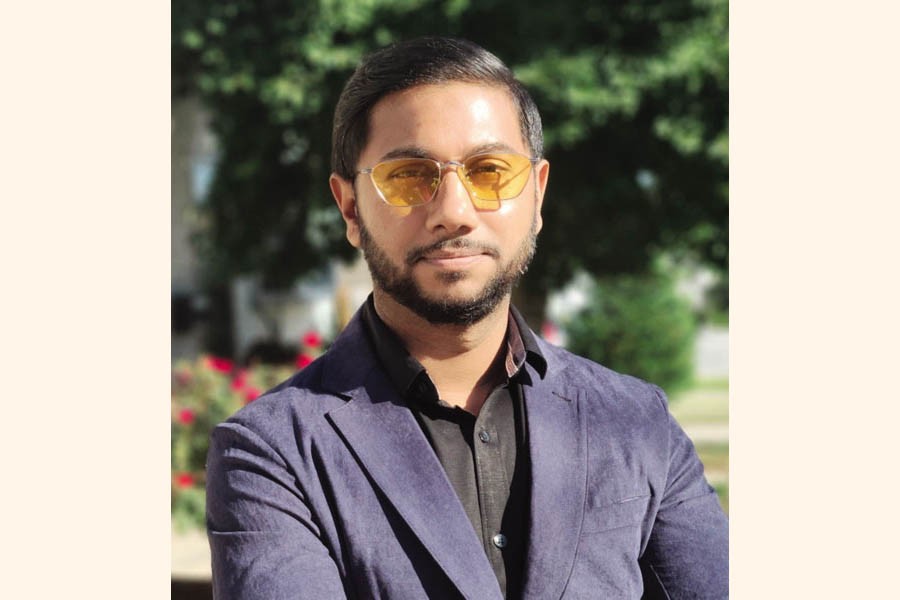 After finishing his graduation from NSU, Hasnaeen started his career as a programmer and later in 2007, he went on to his Masters on Interaction Design from Chalmers University of Technology with a 7 year experience in programming. This was the time when the idea of his own company came into being.

He received an offer to develop two huge products from a Swedish company. While working on it, he came upon an idea. What if he return to Bangladesh and develops the softwares from there? And that's exactly what he did. Wrapping up his studies in Sweden, Hasnaeen returned home, hired one of his experienced programmer friends and founded Astha IT.

That Astha IT, founded twelve years ago with just a two-person team, has grown to become one of the largest software companies in Bangladesh serving clients from four different continents around the world and providing employment to more than a hundred tech professionals.

"Starting the business wasn't easy. The biggest challenge was funding. I still remember the first interview I took was in a small room on the roof of our building. The experience was equally pleasant and embarrassing to me, " he recalls.

Astha IT has been recognised as one of the top 10 outsourcing companies by BASIS in 2013 and 2014. In 2020, it received an award in the Export Excellence Category at BASIS Outsourcing Awards. About his favourite project, Hasnaeen says, "All my projects ar favourites. One of the best pieces of advice I've ever received is to love what I do and do what I love."

Astha IT is in its 13th year of existence and it has seen a constant growth during these years. "My greatest achievement in the past 12 years is, without any doubt, the extraordinary engineers we've created who are facilitating the economic growth of Bangladesh," said Hasnaeen Rizvi Rahman.

The team spends at least one day of each month participating in internal hackathons and tech-talk in order to maintain the culture of skill building and to lift the team's spirits. To further assist in the growth of the tech industry of Bangladesh, Astha IT has started arranging regular internship programmes where CS graduates can experience a real working environment and hone their skills by learning from experienced developers of the company.

Where is Astha IT today? Upon this question, Hasnaeen replied, "Regarding the growing need of tech services in Bangladesh, Astha IT has rebranded itself to become Astha IT Group forming two sub-companies named Astha IT Services and Astha IT Ventures. The former deals with the existing consulting services operation, whereas the latter builds products for the local market. On one hand, we have gone global with the launch of our first foreign subsidiary company in Sweden. A detailed plan to release products solely targeting the Bangladesh market has formed on the other. One of which products is Chakri.app that's already been launched."

Being a hardworking individual and a successful entrepreneur, Hasnaeen Rizvi Rahman has become the inspiration of many young professionals and aspiring entrepreneurs. To them he says, "Every entrepreneur's mission should be to grow their company and ensure its success. And it should be done out of love for the company. Whether it's profitable or not, you have to keep going. Only the determination to make your business a success can bring you fame and fortune."

Hasnaeen Rizvi Rahman is the CEO and founder of Astha IT Group.