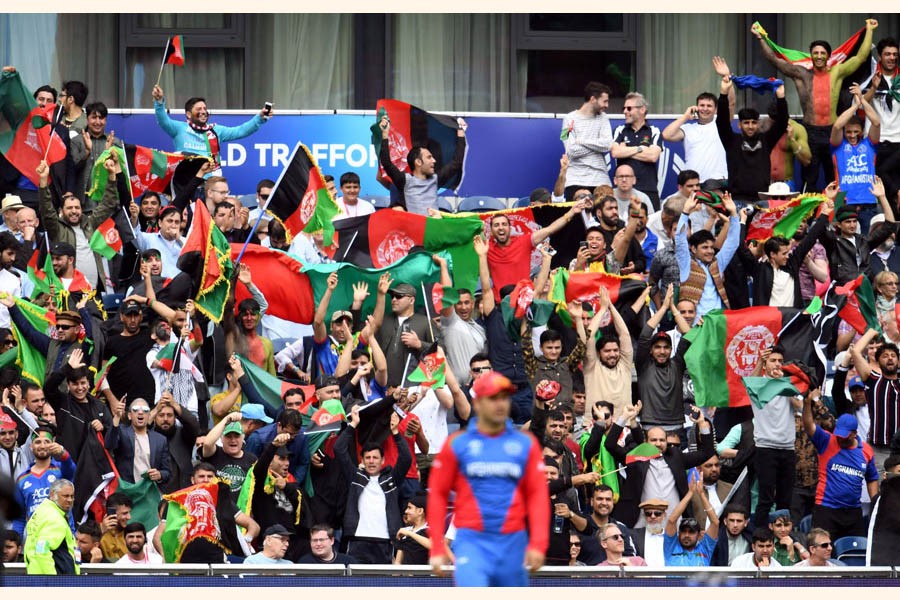 MANCHESTER, United Kingdom, June 18 (AFP): Upsets have long been a part of the World Cup whether it was Sri Lanka, then a non-Test nation, beating India back in 1979, Zimbabwe seeing off Australia in 1983 or Ireland defeating Pakistan in 2007.

But the chances of Afghanistan joining that proud list at this year's edition appear to be receding fast.

Theirs is one of the great fairytale stories of modern sport, with cricket introduced to the war-torn country by returning refugees who had learnt about the game in camps in neighbouring Pakistan.

Twenty years ago, the idea of Afghanistan competing at a World Cup would have seemed outlandish.

Yet such has been their progress they are now a Test nation and are appearing in their second World Cup.

But this edition has been a chastening experience for Afghanistan.

For all the talent of spinners such as Rashid Khan, Afghanistan have not put enough runs on the board -- a problem exemplified by their failure to chase down 187 in 41 overs against Sri Lanka.

Afghanistan have not always helped their own cause in other ways as well.

Asghar Afghan, their long-serving skipper, was stripped of the captaincy leading up to the World Cup.

Their last match of the tournament, against South Africa, saw Najibullah Zadran -- who scored the team's only half-century in an opening loss to reigning champions Australia -- was inexplicably omitted.

Meanwhile, Mohammad Shahzad, Afghanistan's experienced wicketkeeper-batsman, was sent home early from the tournament with a knee injury, only to insist upon his return that he would have regained full fitness within a few days.

The relentless nature of an round-robin World Cup format has worked against Afghanistan.

One justification used by the International Cricket Council for cutting the number of teams at a World Cup to 10 was to reduce outright mismatches.

"We're learning," said Naib. It's a tough format for us, especially here in the World Cup.

"We are looking to win matches, trying to make some good upsets. But it's a tough tournament -- it's high-class, world-class cricket."