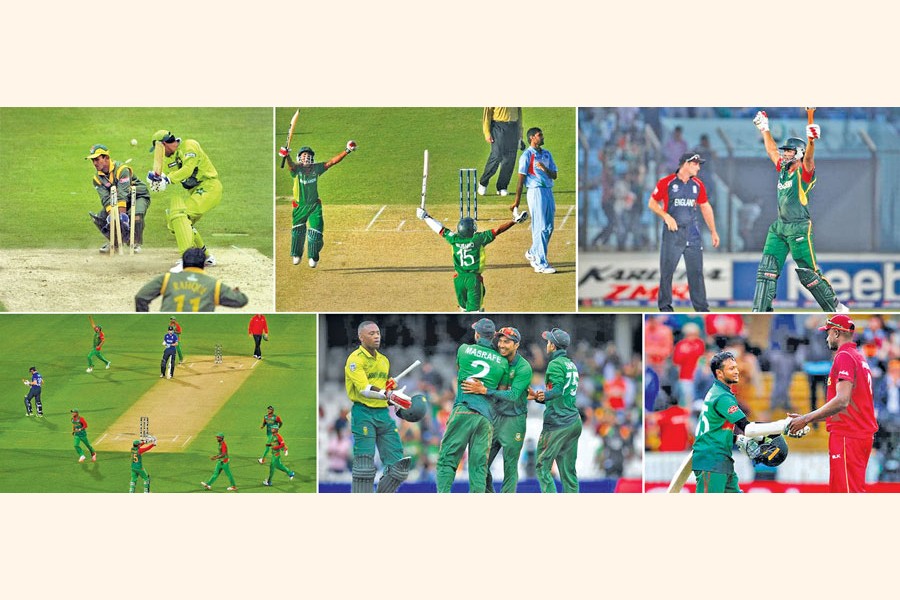 Bangladesh are no strangers to upsetting the apple cart at the World Cup, which could worry an Australian side yet to fire on all cylinders reports https://www.foxsports.com.au/cricket.

Bangladesh had beaten Scotland earlier in the tournament but Pakistan became their first big World Cup scalp at Northampton.

Seamer Khaled Mahmud ran through Pakistan's top order to leave them reeling at 5-42 in pursuit of 224, before they came out 62-run victors.

Running through the big guns, India 2007

Arguably Bangladesh's biggest World Cup win. Against an Indian team that included the might of Sachin Tendulkar, Sourav Ganguly, Virender Sehwag and Rahul Dravid, they rolled through them for just 191 at Port of Spain.

The Tigers got the total with just five wickets down, ultimately knocking India out of the tournament.

The thriller in Chittagong, England 2011

The Tigers held their nerve when they snuck home against England despite a mid-order collapse in Chittagong. Chasing 226 for victory, Bangladesh looked shot when they lost 5-14 midway through the innings to be 8-169 in the 40th over.

But Mahmudullah and Shafiul Islam held their nerve, putting on 58 for the ninth wicket and taking them to victory with an over to spare.

After hitting 7-275 to set up a difficult chase, the second innings ebbed and flowed until England needed 16 from 12 with two wickets in hand. The favourites had the momentum, but Rubel Hossain bowled both Stuart Broad and James Anderson in three balls to end the match.

South Africa were always behind the rate and lost wickets at regular intervals. Bangladesh beat them.

Bangladesh came out with a commanding performance in their last game against the West Indies as they comfortably chased down 322-run target in Taunton. Shakib's sublime unbeaten 124 helped Bangladesh pull off the second highest chase in World Cup history with a dominant 7-wicket win over West Indies at Taunton.