How World Cups fall foul to the weather 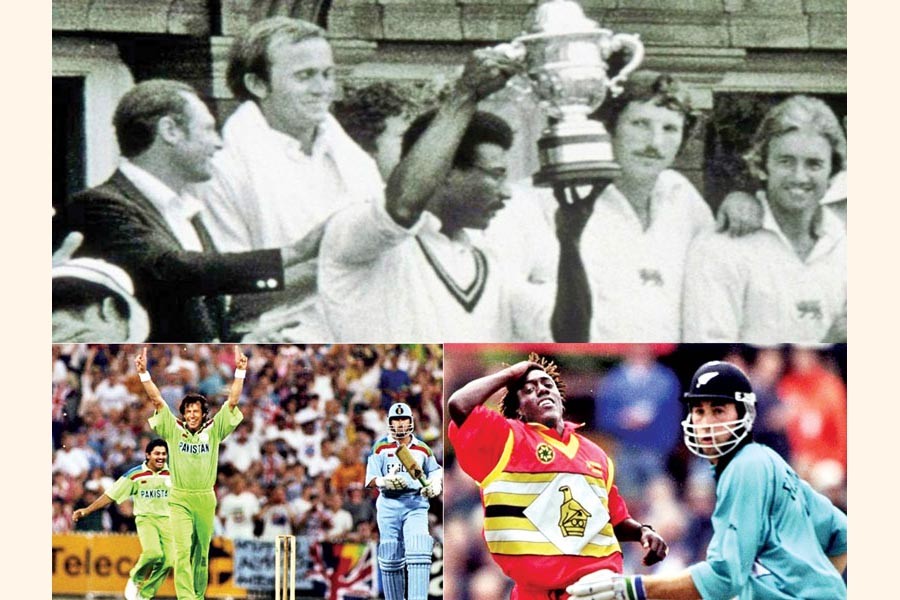 West Indies won every game other than a rain-affected game against Sri Lanka on their way to winning the 1979 World Cup (top), Pakistan recovered from their rain-affected group game against England to beat them in the 1992 World Cup final, (bottom left), New Zealand edged out Zimbabwe for a semi-final spot in 1999 after rain in their Super Sixes clash

It is an unwanted record for this World Cup - more matches have already fallen foul of wet weather than at any of the previous editions, reports https://www.skysports.com.

But how significant a factor could the wave of washouts actually be when it comes to determining which four sides will make the semi-finals and keep their hopes of glory alive?

Delving back into World Cup history, it seems a decisive downpour has certainly done some teams a lot more harm than others.

Given that the first three World Cups were staged in England, it might seem surprising that this Group B fixture was the only one in all three tournaments to be washed out.

Impact: West Indies won every other game in the tournament as they went on to retain the trophy - but, had Sri Lanka had pulled off an upset at The Oval, they could have qualified for the semi-finals ahead of New Zealand.

England were denied what would have been their third-straight victory in the tournament, having bowled their opponents out for just 74 in 40.2 overs.

Impact: Enormous. Pakistan's point ultimately ensured that they edged out Australia to make the last four and went on to win the trophy against England - who had benefited from the infamous 'rain rule' in their tense semi-final clash with South Africa.

Zimbabwe appeared to be fighting their way back into this Super Sixes clash as they defended a modest total of 175, built around Murray Goodwin's half-century.

Impact: New Zealand might well have gone on to win the game, but the result meant they finished level on points with Zimbabwe, edging them out for a semi-final spot on net run-rate.

West Indies seemed to be in control after posting a total of 244-9 and then capturing two early wickets in the Bangladesh reply, courtesy of Vasbert Drakes and Mervyn Dillon.

Impact: Had they won the game, West Indies would have finished level with third-placed New Zealand in Pool B and qualified in their place for the Super Sixes with a superior run-rate.

Pakistan needed to win their final Pool A game to stand a chance of overhauling their opponents in the table and qualifying for the Super Sixes in third place.

Impact: The no result ensured that Zimbabwe advanced to the Super Sixes, while Pakistan - and England, who could theoretically still have qualified with a Zimbabwe defeat - were eliminated.

The home side won the toss and decided to bat, but were stuttering at 31-2 before skipper Kumar Sangakkara came to their rescue with an undefeated 73.

Impact: Both teams qualified for the quarter-finals, but the abandoned game ensured Sri Lanka took second place in the group and secured an easier tie against England, while third-placed Australia were knocked out by eventual winners India.

Both teams had already won their opening Pool A fixtures prior to their day-night clash at the Gabba, but the contest was called off without a ball being bowled.

Impact: A positive result would have made no difference to either team's eventual position in the group. Bangladesh lost their quarter-final to India, who were then beaten by Australia in the last four. 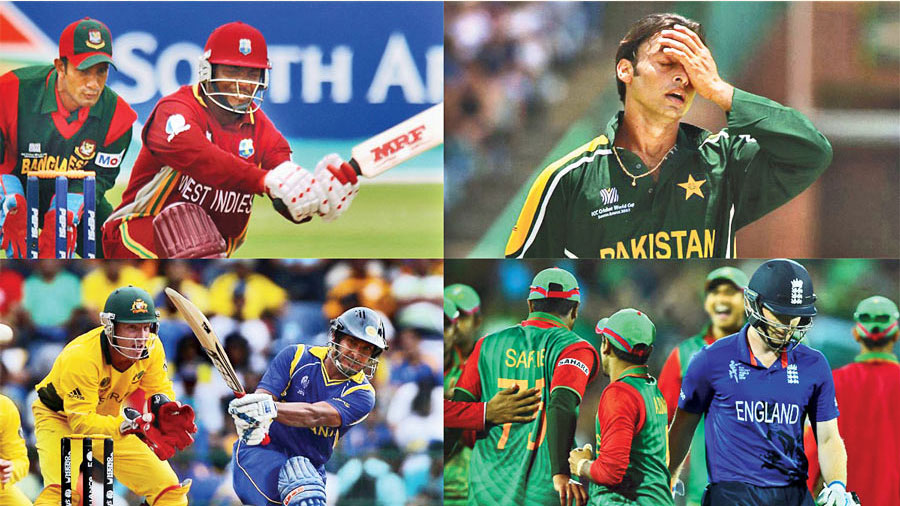 Clockwise: Brian Lara hit 46 as the West Indies scored 244 against Bangladesh before the rain scuppered them, Pakistan were eliminated at the group stage in 2003, Bangladesh managed to qualify for the quarter-finals in 2015, beating England to knock them out, Kumar Sangakkara led the Sri Lanka recovery against Australia in 2011 before the rain arrived