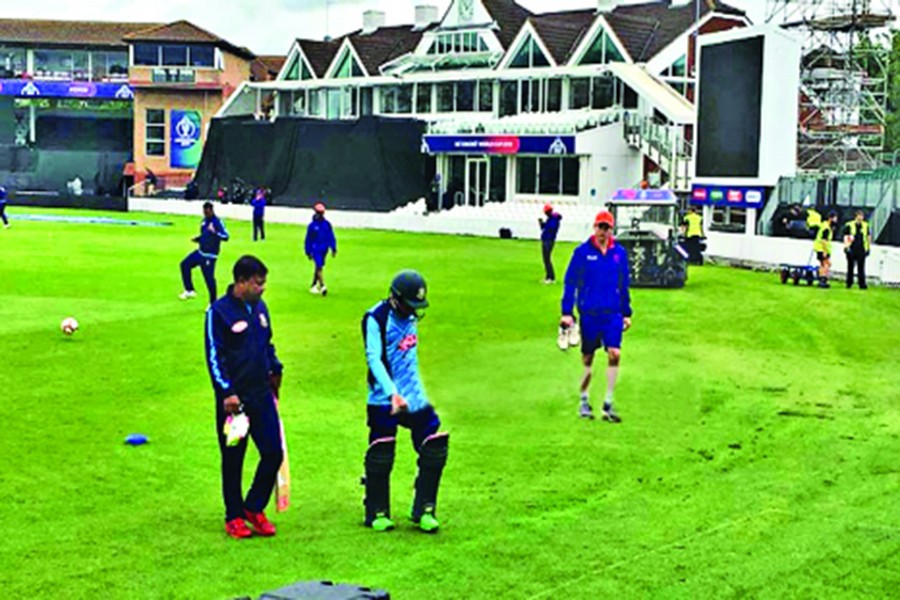 Mushfiqur Rahim walking off the Taunton nets after being hit on his right hand on Saturday — bdnews24.com

Bangladesh wicketkeeper-batsman Mushfiqur Rahim suffered a blow on his right hand during a net session at Somerset Ground at Taunton in England on Saturday, reports UNB.

However, the team management is yet to reveal the details about Mushfiqur's blow. As per the latest report from Taunton, the right-handed batsman is taking initial treatment.

Right after Mushfiqur's incident, a local net bowler, who is helping Bangladeshi batsmen prepare for their next game, got a blow on his head when Mohammad Saifuddin played a shot during the net session.

Thihan had to come out again to treat that bowler. As per the latest development, the young bowler stopped bowling at the net and took initial treatment.

Bangladesh are now gearing up for their next game in the World Cup against West Indies on June 17 at the Taunton.