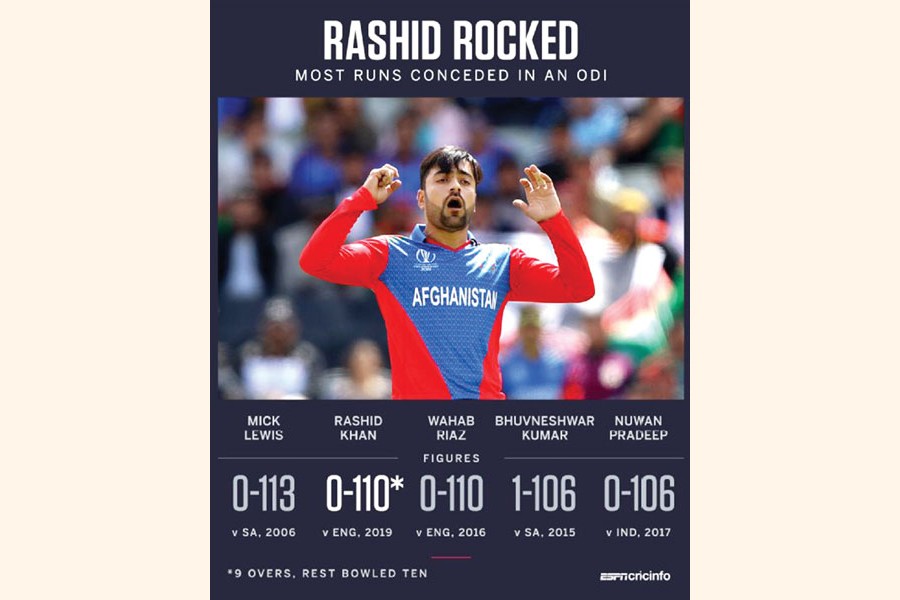 MANCHESTER, June 19 (PTI): Afghanistan leg-spinner Rashid Khan endured on Tuesday the ignominy of becoming the most expensive bowler in World Cup history during their match against hosts England at Old Trafford here.

Rashid Khan, the world's No.3 ODI bowler, leaked 110 runs off nine overs as England racked up a gigantic 397 for six after electing to bat.

The record earlier belonged to New Zealand's Martin Snedden, who had conceded 105 runs for two wickets against England in the 1983 World Cup.