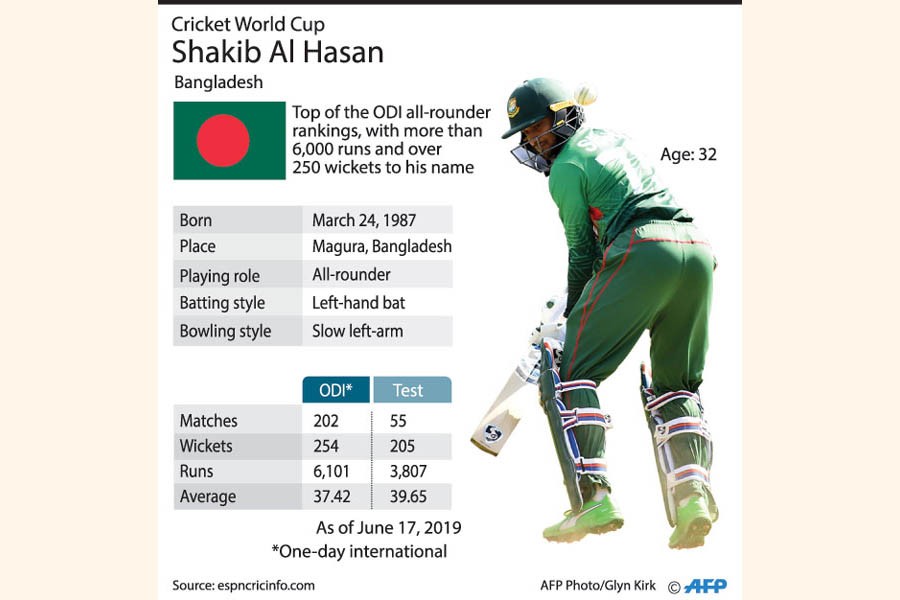 Bangladesh may still be some way from even reaching the semi-finals of the 2019 Cricket World Cup but they are definitely looking like the best of the rest with their batting and bowling.

Bangladesh, a full member of the exclusive test nations club only since the turn of the Millennium, will still need some exceptional results by both themselves and others, to qualify for the knock-out stage despite victories over the West Indies and South Africa. The sort of wins that would once have been described as 'heroic' but now deserve to simply be called 'impressive'.

Not the old Bangladesh

Gone are the days when teams used to bully Bangladesh with pace and bounce. After South Africa, West Indies found that out to their detriment on Monday as the Tigers completed the highest successful chase of the tournament.

The biggest score hauled down at Cricket World Cup 2019, before this game, was 244, and Bangladesh would give heart to chasing teams as batting first and getting over 300 on the board was considered a winning strategy till now.

Chief in leading that batting charge has been Shakib Al Hasan, the tournament's top scorer, with 384 runs, ahead of Aaron Finch with 343 and Rohit Sharma with 319, and beyond all the other expected stars from the big nations: Steve Smith, Joe Root and Virat Kohli to name but a few of the maestros on display.

The left hander's scores have been 75, 64, 121 and another ton, 124* off 99 balls, to guide the Tigers home against the West Indies. His 124* was his fifth consecutive fifty-plus score in ODIs, which equals the best streak by any Bangladesh batsman. Only Tamim Iqbal has enjoyed such a streak among Bangladesh's players. It was the second highest individual score by a Bangladesh batsmen in all World Cups. Mahmudullah Riyad's 128* vs New Zealand in 2015 remains the highest.

Shakib has not just contributed with the bat. He also bowled almost the maximum allowed and taken five wickets.

Shakib reached 6000 ODI runs in his 190th innings, reaching the mark in as many innings as Virender Sehwag, and quicker than the likes of Yuvraj Singh and Kumar Sangakkara. He took his 250th wicket in his 199th match, and he has now beaten Chaminda Vaas.

Before entering the World Cup encounter against West Indies on Monday, he needed 23 runs to complete 6000 ODI runs as the second Bangladeshi after Tamim Iqbal.

Can Bangladesh make it to semifinals?

Bangladesh are currently fifth in the points table whereas West Indies are seventh. To progress Bangladesh will certainly need to beat Pakistan and Afghanistan.

Not an easy route. Barring a Pakistani revival or an Afghan upset, Bangladesh should at the very least make themselves best of the rest.