Anger as migrants sprayed with disinfectant in India 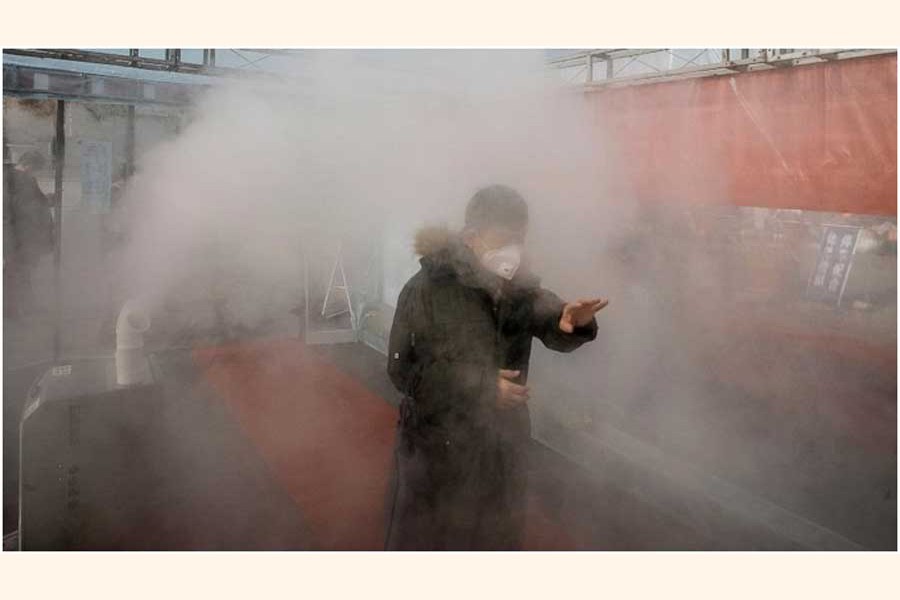 NEW DELHI, Mar 31 (BBC): An investigation has been launched after a group of migrant workers were filmed being doused in a "chemical solution" by Indian officials.

They are understood to be migrants who returned to the city of Bareilly, in the northern state of Uttar Pradesh.

They are among millions who have returned to their home villages amid a nationwide, three-week lockdown.

The move is supposed to stop the spread of coronavirus, but there are fears the returnees may spread the virus further.

The video - which has been viewed nearly 400,000 times after it was uploaded by a Times of India journalist - shows the group squatting on the ground while medical and fire department officials dressed in hazmat suits spray them with a "chemical solution".

In the full video seen by the BBC, the officials shout instructions over a megaphone asking the workers to close their eyes and mouths. In another part of the video, an official can be heard ordering the group to "close the eyes of your children and close your eyes too".

Bareilly's district magistrate said the video had been investigated, adding on Twitter that "the affected persons... are being treated under the supervision of the Chief Minister's Office (CMO)".

"The team of the Bareilly Municipal Corporation and fire department officials were asked to sanitise buses but in their enthusiasm they sprayed the workers too," he wrote.

Several accounts then began to emerge of the harassment of migrant workers leaving the capital at the hands of the police and local administration.

The video has caused an uproar on Twitter, with many users asking if passengers landing in India were "disinfected" upon arrival, and pointing out that it is not protocol at airports, bus stations or train stations.