Armenia, Azerbaijan accuse each other of breaking truce 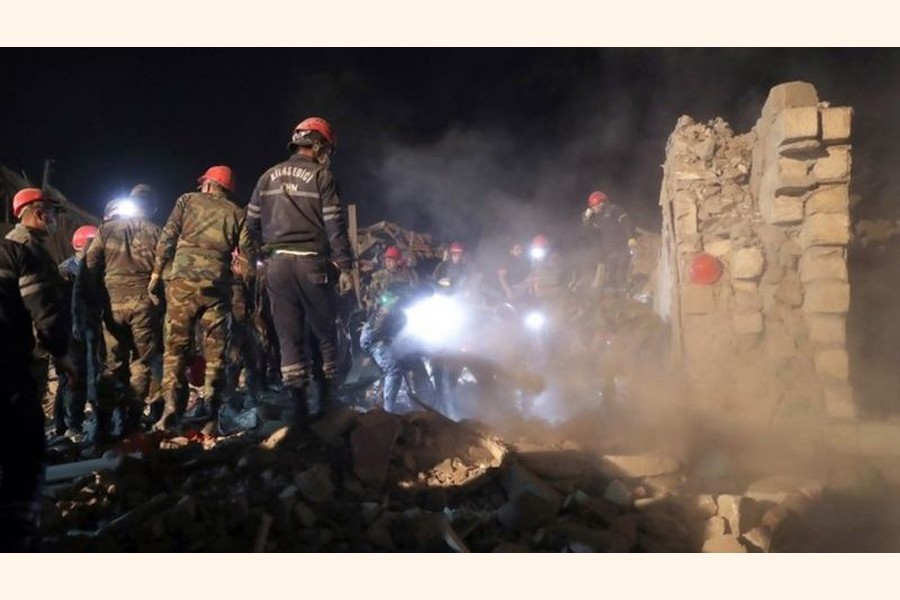 KARABAKH, Oct 18 (BBC): Armenia and Azerbaijan have accused each other of violating a humanitarian ceasefire in the disputed region of Nagorno-Karabakh.

Both sides agreed had agreed a truce to start at midnight local time (20:00 GMT Saturday).

Both countries signed a Russian-brokered ceasefire last Saturday. However, clashes continued despite that accord.

Fighting flared last month over the territory, which is internationally recognised as part of Azerbaijan but run by ethnic Armenians. Hundreds have died.

This is the worst violence in the region since a six-year war over the territory ended with a ceasefire in 1994.

Earlier on Saturday, both nations continued to trade accusations over violations of the Russian-brokered truce agreed last weekend and doubts are likely to remain following the latest statements.

Both nations confirmed the humanitarian truce, although few other details were given.

Azerbaijan's foreign ministry said the decision was based on statements by the presidents of the US, France and Russia, representing the OSCE Minsk Group - a body set up in 1992 and chaired by the three countries to mediate the Nagorno-Karabakh conflict.

Anna Naghdalyan, spokesperson for Armenia's foreign ministry carried the same statement in a tweet, adding it welcomed efforts towards a "ceasefire and de-escalation of tension" in the conflict zone.

Russian Foreign Minister Sergei Lavrov, who negotiated last weekend's accord, spoke to counterparts in both countries on Saturday and said they needed to "strictly follow" the earlier agreement.