China trying to avert blame: US 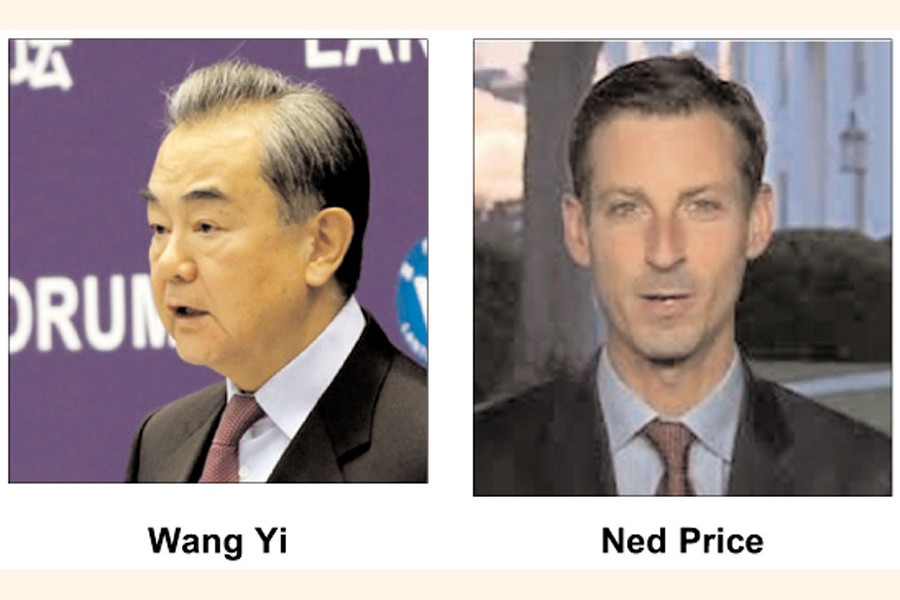 NEW YORK, Feb 23 (Reuters): Senior Chinese diplomat Wang Yi said on Monday the United States and China could work together on various issues if they repaired their damaged bilateral relations, but Washington accused Beijing of trying to avert blame for its actions.

He called on the United States to remove tariffs on Chinese goods and abandon what he said was an irrational suppression of the Chinese tech sector.

In response, State Department spokesman Ned Price told reporters: "His comments reflect a continued pattern of Beijing's tendency to avert blame for its predatory economic practices, its lack of transparency, its failure to honour its international agreements, and its repression of universal human rights."

White House press secretary Jen Psaki told reporters separately that the United States viewed the relationship with China as one of "strong competition."

Before Wang spoke at a forum sponsored by the foreign ministry, officials played footage of the "ping-pong diplomacy" of 1972 when an exchange of table tennis players cleared the way for then-US President Richard Nixon to visit China.

"Over the past few years, the United States basically cut off bilateral dialogue at all levels," Wang said in prepared remarks translated into English.

"We stand ready to have candid communication with the US side, and engage in dialogues aimed at solving problems."

Wang pointed to a recent call between Chinese President Xi Jinping and US President Joe Biden as a positive step. Biden succeeded Trump as president on Jan 20.

Washington and Beijing have clashed on multiple fronts including trade, accusations of human rights crimesp against the Uighur Muslim minorities in the Xinjiang region, and Beijing's territorial claims in the resources-rich South China Sea.

The Biden administration has signalled it will maintain pressure on Beijing. The president has voiced concern about China's "coercive and unfair" trade practices, and endorsed a Trump administration determination that China has committed genocide in Xinjiang.

Confronting China is one of the few areas where Democrats and Republicans in the US Congress find common ground.

US House Speaker Nancy Pelosi, in a statement on China's crackdown on the once semi-autonomous Hong Kong, on Monday urged considering strict consequences for Beijing.

"The Chinese government must know that the world is watching its strangulation of human rights - and that we must put all options on the table for holding China accountable," said Pelosi, a Democrat.