Climate change key issue in US election amid wildfires 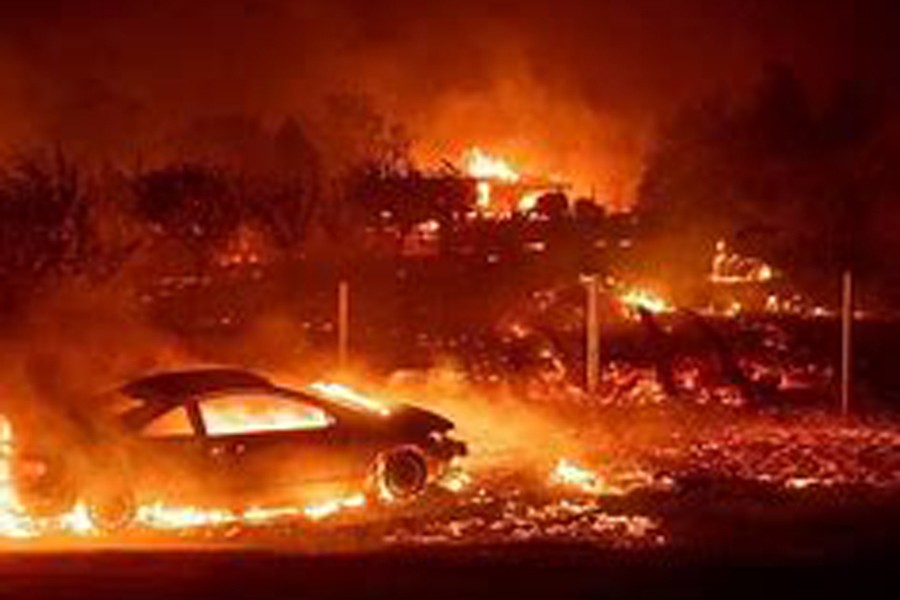 NEW YORK, Sept 15 (BBC): On Monday, climate change took centre stage in the US presidential campaign - and the contrast between the two candidates couldn't have been more stark.

While touring fire-ravaged California, Donald Trump downplayed the role a warming planet could have in the devastation, suggesting temperatures will "start getting cooler" and that the recent conflagrations was a lack of proper forest management.

"I don't think science knows actually," he said when told that science didn't agree with his conclusions

Meanwhile, on the other side of the country, Joe Biden went on the attack, accusing Trump of ignoring a "central crisis" facing the nation.

The environment has largely been a sideline issue in the race for the White House, getting scant attention even during the Democratic primary campaign, when questions on the topic during candidate debates were few and far between.

Washington Governor Jay Inslee, who made climate change the focus of his presidential bid, was one of the first to drop out of the race. Tom Steyer, a billionaire who self-funded his campaign, also made the issue a priority, but his campaign also never gained significant traction.

The topic, however, is on one on which Trump and Biden have sharp and substantive disagreements.

Trump has previously dismissed the notion of manmade climate change as a "hoax" perpetrated by China and, while he's backed away from such rhetoric, his comments on Monday were reflective of the lack of attention he devotes to the issue.

Instead, his administration has focused on promoting US manufacturing and the energy industry, rolling back more than 70 environmental regulations - many of which deal with climate change.

Trump also followed through on a campaign promise to withdraw the US from the Paris Climate Agreement in the sixth month of his presidency.

"The Paris Agreement handicaps the United States' economy in order to win praise from the very foreign capitals and global activists that have long sought to gain wealth at our country's expense," he said at the time.

Biden, on the other hand, says he would rejoin the Paris Agreement on the first day of his presidency and reinstate many of the environmental regulations Trump has rescinded.

He surprised many in the political world when he moved to the left on the environment since the end of the Democratic primary campaign, expanding on his original plan for spending $1.7tn infrastructure and green jobs over 10 years to $2tn over four years. He also pledged to make the US power supply carbon-free in 15 years.

"We have a choice," Biden said in his speech on Monday. "We can invest in our infrastructure to make it stronger and more resilient, improving the health of Americans and creating millions of good paying jobs while at the same time tackling the root causes of climate change. Or we can continue down the path Donald Trump has us on - a path of indifference, costing tens of billions of dollars to rebuild."