One third of humanity under virus lockdown

NEW DELHI, Mar 25: More than one billion Indians went into lockdown Wednesday, leaving a third of the planet now under orders to stay at home, as the United States vowed to spend $2 trillion to counter the economic harm of the coronavirus. Europe remains at the heart of the epidemic, with first Italy and now Spain's death toll overtaking that of China, while Britain's Prince Charles became the latest prominent figure to test positive for the COVID-19 disease. — AFP

LONDON, Mar 25: The British parliament is expected to close on Wednesday because of the coronavirus outbreak, with MPs sent home a week early for their Easter break. The government has put forward a motion for the House of Commons, the lower elected chamber, to shut at the end of Wednesday's proceedings until April 21. Housing Secretary Robert Jenrick told the BBC it was a "sensible" decision given the nationwide shut down of non-essential shops and services and the government order for people to stay at home. — AFP

India's poorest 'fear hunger may kill them before virus' 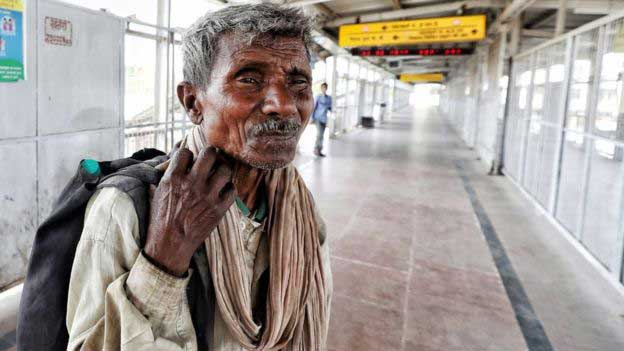 NEW DELHI, Mar 25: India has been put in lockdown to halt the spread of the coronavirus outbreak. People have been told to stay indoors, but for many daily-wage earners this is not an option. The BBC's Vikas Pandey finds out how they were coping in the days leading up to Tuesday's announcement. Labour Chowk in Noida is usually brimming with hundreds of men looking for jobs as construction labourers. The small intersection of roads in this suburban area of Delhi is a hotspot where builders come to hire workers. Now no one cooming to hire. — BBC

JOHANNESBURG, Mar 25: Customers started behaving oddly about a week ago, visibly dejected street vendor Frank Mojapelo said. Some were wary to exchange cash. Some backed away, or refused to touch him. Now, an unprecedented lockdown looms in South Africa over the coronavirus, with a country of 57 million people told to stay home starting Friday. Virus cases leapt again to 554 on Tuesday, the most of any country in Africa. Forty-three of the continent's 54 countries now have cases, with the total at 2,046, the Africa Centers for Disease Control and Prevention said. — AP

MOSCOW, Mar 25: Russia has registered 57 new cases of COVID-19 in the last 24 hours, raising its total number to 495, official data showed Tuesday. The new cases were registered in 14 regions, including 28 in Moscow, Russia's Federal Service for Supervision of Consumer Rights Protection and Human Well-Being said in a statement. All the new patients, who are currently under isolation, had visited countries hit by the coronavirus in the last two weeks, it said. — Xinhua

HARARE, Mar 25 (Xinhua): Zimbabwean President Emmerson Mnangagwa on Monday announced further stringent measures to combat the spread of coronavirus (COVID-19) after the country on Monday recorded its first coronavirus-related death. The deceased is a 30 year-old son of a local businessman who had recently returned from the United States. Among others, the president announced the closure of the country's borders to all human traffic except for returning residents and cargo. He said returning residents will be subject to strict screening procedures including rigorous enforcement of the 21-day self-quarantine. — Xinhua